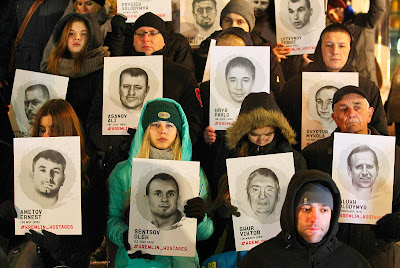 The incident occurred off the Crimean Peninsula, which Russia annexed from Ukraine in 2014 after protesters in Kiev ousted the country’s Kremlin-backed leader.

This week, Ukraine detained and searched a Russian tanker near the Black Sea port of Odesa.

A visit by Ukraine’s President Volodymyr Zelenskiy to the U.S. is being prepared, Volker said.

Zelenskiy came to power in May.

Volker called the recent parliamentary elections free and fair and said Ukraine should step up reforms and overhaul the judiciary system.