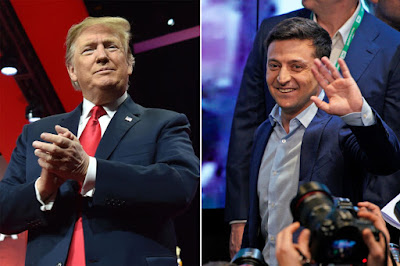 T​rump “​underscored the unwavering support of the United States for Ukraine’s sovereignty and territorial integrity – within its internationally recognized borders​,” the statement issued late Sunday said.

He also committed the US to work with Zelensky and the ​”​Ukrainian people to implement reforms that strengthen democracy, increase prosperity, and root out corruption.​”​ ​

Zelensky, a comedian who played Ukraine’s president on a TV show called “Servant of the People,” won the election by a landslide, taking more than 73 percent of the vote, according to reports.