After Slip In Polls, Tymoshenko Goes Low In Ukraine Campaigning

February 08, 2019
KIEV, Ukraine -- As she slipped from the top spot in preelection polls, Ukrainian presidential candidate Yulia Tymoshenko has offered explosive and seemingly unsubstantiated claims this week in an apparent effort to climb back atop an expanding field. 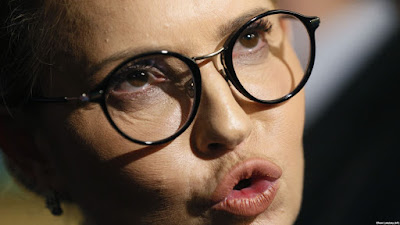 Without providing proof, she urged Ukraine's interior minister and prosecutor-general to launch probes into the matter.

But it was at the kickoff of Tymoshenko's nationwide campaign tour on February 5 in her hometown of Dnipro that especially resonated with her critics on social media.

She told a crowd of supporters waving blue-and-yellow posters adorned with her "I Believe!" slogan that U.S.-born acting Ukrainian Health Minister Ulana Suprun was "sent by foreigners" who want to "experiment on Ukrainians."

The full video of the campaign stop was published on Tymoshenko's Facebook page.

But it was a clip that highlighted the "experiment" comment shared by activist group EuroMaydan that quickly spread across Ukrainian social media.

Tymoshenko's campaign has not commented on the remarks since.

Earlier that same day, a district administrative court in Kiev had ruled that Suprun could no longer head the Health Ministry.

It cited a Ukrainian regulation that says a person may be acting minister for only one month and another that stipulates that government officials may not hold foreign passports.

Suprun, who was born in Detroit, Michigan, was granted Ukrainian citizenship by Poroshenko in July 2015 and appointed acting health minister in August 2016.

She has been hailed by officials and activists in Ukraine and the West for implementing crucial health-care reforms that reportedly have dealt a blow to corrupt practices within the industry.

Tymoshenko's allegations came after five of six independent polls showed her falling behind Volodymyr Zelenskyy, a comedian who portrays a president on a popular TV series and is now running to be the actual president of Ukraine.

Many of the same polls showed Zelenskyy defeating Tymoshenko should the two advance to a second round.

Poroshenko, a businessman and compromise candidate in a special election after pro-Moscow President Viktor Yanukovych fled and war with Russia-backed separatists broke out in 2014, has polled third in four of the same surveys and second in the other two.

All of them put his popularity below 18 percent.

The first round of Ukraine's presidential election is set for March 31, with a possible two-candidate runoff on April 21.

Critics, including some who have researched her tactics in two decades of politics, suggest Tymoshenko's colorful accusations were not necessarily out of character.

Tymoshenko occupied the top spot in an analysis of "populists and liars in Ukrainian politics" conducted by the Kiev-based think tank Vox Ukraine in February 2018.

Vox Ukraine wrote that Tymoshenko "corroborates her statements with statistics: 70% of her quotes contain data."

However, it continued, "patent untruth can be found in 26% of Tymoshenko's statements" and "manipulations were discovered in nearly half of [the Fatherland party] leader's quotations."

Among the issues that Vox Ukraine accused Tymoshenko of speaking about manipulatively: health care.

It cited Tymoshenko as having said, "Today, Ukraine is Europe's leader in terms of infant and maternal mortality rates."

But that's not the case, according to Vox Ukraine.

"Maternal mortality rate in Ukraine is close to that in other CIS [Commonwealth of Independent States] countries: 24 maternal deaths per 1,000 births and 5.5 infant deaths per 1,000 live births," the think tank wrote.

"But in Romania, for example, the situation is much worse: 31 maternity deaths and 6.3 infant deaths per 1,000 births."