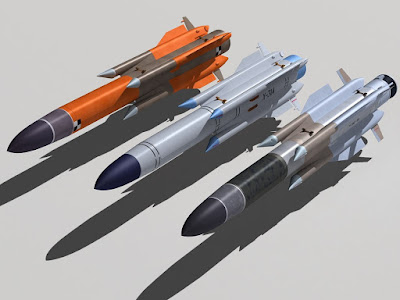 Four days into 2018, two Iranian nationals tried to buy parts of an advanced missile in Kiev, according a spokesperson for the Ukrainian intelligence service.

This effort appears to have violated a UN arms embargo on Iran.

Masked men in Ukraine’s secret police arrested the men and found parts of the missile in their vehicle, according to the spokesperson.

What followed became a secret diplomatic incident, and both men were detained and then quietly deported to Iran.

Vasyl Hrytsak, the head of Ukraine’s intelligence service, described this all to American government officials during a recent trip to Washington.

And it shows Iran may intend to procure weapons that would let it make the Persian Gulf more dangerous than ever.

“X-31” can also be rendered as a Kh-31 missile, depending on how you transliterate the cyrillic.

Officers from the Security Service of Ukraine (SBU) arrested the men when they were in possession of parts of the missile as well as technical documents related to its use, according to pictures of the arrest reviewed by The Daily Beast.

(Those pictures included images of a vehicle’s open trunk, packed with missile parts.)

One of the men, according to Hrytsak, is named Abdi Biyan and was a military attache at Iran’s embassy in Kiev.

“The diplomats in Ukraine are not there for Chicken Kiev,” said Tom Karako, a fellow at the Center for Strategic and International Studies.

“They’re there to get this kind of stuff.”

Dr. Nikolai Sokov, a fellow at the Middlebury Institute of International Studies at Monterey and an expert on Russian missiles, said that photos of the missile components shared by The Daily Beast “look consistent” with Kh-31 parts but could not be certain the items in the images came from the Kh-31 given that the “missile is disassembled and the pictures are incomplete.”

“It’s most likely this missile is a Kh-31,” added Behnam Ben Taleblu, a research fellow focused on missiles at the FDD, who also reviewed the Ukrainian photos.

“The Islamic Republic is already home to a wide array of Chinese anti-ship weapons and their Iranian variants,” Taleblu said.

“Had the Kh-31 been successfully procured, Iran’s ability to project power, harass vessels, and deter great powers in the Persian Gulf would have measurably grown.”

Iranian acquisition of Kh-31 missiles could improve its ability to attack U.S. and Gulf Arab countries’ naval forces as well as commercial maritime traffic transiting the Strait of Hormuz, the thin strip of sea between Iran and the United Arab Emirates that connects the Persian Gulf to the Arabian Sea.

According to the U.S. government’s Energy Information Administration, 18 million barrels of oil went through the strait every day in 2016—more oil than moved through any other choke point that year.

Iran has repeatedly threatened to shut the strait in response to tensions with the U.S. and Europe.

Expanded Iranian capabilities to harass ships could have economic consequences as well as military ones.

Anti-ship cruise missiles are one of “four core areas” which the Islamic Revolutionary Guard Corps Navy (IRGCN) has prioritized for naval weapons acquisition, according to a 2017 study published by the U.S. Office of Naval Intelligence (PDF).

In the event of a major conflict in the Gulf, the IRGCN would likely leverage its anti-ship missiles, fast attack craft, small boats, and naval mines to close or restrict access to the strait on the belief that sinking enemy ships early on “would break the political will of an adversary to continue with a military campaign against Iran.”

The Iranian military has long made a practice of harassing American Navy ships in the Persian Gulf, though these incidents have declined under the Trump administration, a U.S. Central Command spokesperson recently told the AP, according to Business Insider.

A spokesperson for Iran’s mission to the UN did not respond to multiple requests for comment on whether or not the country’s government disputes the Ukrainian intelligence service’s allegations.

It is unclear if Ukrainian President Petro Poroshenko’s government informed the UN of the men’s attempt to buy the missile.

A spokesperson for Ukraine’s mission to the UN said he had no information on the matter.

This alleged attempt wouldn’t be the first time Iranians tried to get weapons from Ukraine.

In 2005, Ukrainian prosecutors revealed that Iran smuggled Kh-55 air-launched cruise missiles out the country in 2001—a move U.S. officials reportedly believed was assisted by corrupt senior officials in the government of former President Leonid Kuchma.