'Ukraine Fatigue' In Washington Is Not Warranted

February 11, 2018
WASHINGTON, DC -- The five years since the Euromaidan Revolution in Ukraine have been the most productive period in reforming the country in its nearly three decades of independence. 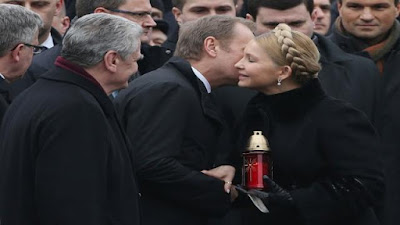 It is wrong to believe that reform efforts have stagnated or stalled.

Indeed, talk of “Ukraine fatigue” among the country’s supporters in Washington is misplaced.

This is clearly evidenced by three recent examples of progress.


With its investigation, the National Bank of Ukraine has shown its commitment to fighting money laundering by Ukraine’s rapacious oligarchs.

State gas company Naftohaz once was a corrupt cash cow for presidents, eating up 5.5 percent of gross domestic product in subsidies in 2014, but today is the main contributor to the state budget.

Human rights and gender activist Olena Suslova believes gender equality has moved from the margins of political life to the mainstream.

The 2014 elections doubled the number of women members of Parliament to 12 percent (only 7 percent less than the U.S. Congress), leading to the creation of an Equal Opportunities Caucus of 53 women and men who held Ukraine’s first women’s congress last November.

Of course, there are more reforms that Ukraine needs to undertake.

These include the creation of an anti-corruption court, further privatization and opening a market for private land — something the United States, International Monetary Fund and European Union are pushing for but that is facing resistance from pro-Russian oligarchs and nationalist populists.

Yulia Tymoshenko’s Fatherland party is a leading opponent of land reform, and half of her Parliament members routinely vote with the pro-Russian Opposition Bloc.

We should not dismiss criticism of Ukraine’s progress, but it is important to also take into account the context in which reforms are being undertaken and the dangerous regional neighborhood.

Russia launched an undeclared war against Ukraine five years ago, which continues to take civilian and military lives daily.

Three-quarters of Ukrainians believe the war will stay at the same level or escalate.

The reason for their pessimism is that a whopping 80 percent of Ukrainians do not envision re-establishing normal relations with Russia while Vladimir Putin is president, and no one doubts he will be elected to a third term in March.

The same high number of Ukrainians believes Putin’s goal is to destroy their independence and sovereignty.

With Russian aggression, it is little wonder that Ukraine dramatically expanded its defense budget to 6 percent of GDP, a figure higher than any of NATO’s 29 members, and revived its military industrial complex to supply state-of-the-art weaponry.

Ukraine’s army, which will receive U.S. military assistance this year, is the best it has ever had.

The Ministry of Interior’s Soviet Militia has been transformed with U.S. and Canadian assistance into a police force, and a well-equipped national guard has been forged from its internal troops.

In contrast to the United States, the European Union is a relative newcomer in supporting Ukrainian reforms.

The United States has been the main Western backer of Ukrainian parliamentary reform for nearly a quarter-century.

An executive split between Ukraine’s governing body and president means each has responsibility for reforms.

The European Union issued 52 recommendations for parliamentary reforms less than two years ago.

The European Union cannot make the same demands for reforms as it did with eastern European countries that were offered membership and financial assistance to support their reforms.

The Eastern Partnership offers Ukraine integration but without membership.

Ukraine is simultaneously undertaking its greatest bout of reforms towards the goal of European integration.

The country also is a strategic ally of the United States and NATO, on its exposed eastern front, in fighting Putin’s attempts to flout international law.