February 15, 2018
OTTAWA, Canada -- A Canadian arms manufacturer hopes to re-equip Ukraine’s military with new assault rifles as that country tries to set the stage to join NATO while at the same time battling Russian-backed rebels. 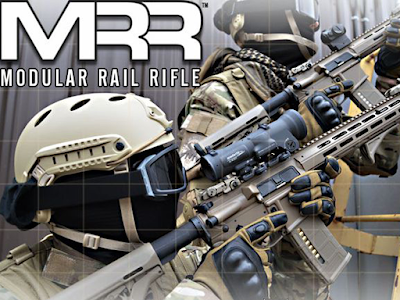 A manager with Colt Canada says there is still “a long way to go” before any possible deal with Ukraine is made.

Colt Canada of Kitchener, Ont., is chasing a deal that could see Ukraine order up to 100,000 rifles.

Alex Payne, a Colt Canada manager, said the firm had an “exploratory type meeting” in January in Ukraine with government officials.

But such a meeting is just the beginning of a process that could take up to two years as Ukraine figures out exactly what weapons it needs and where they will come from.

“I believe there is a long way to go in terms of being able to say there’s a Colt Canada opportunity in the Ukraine,” Payne told Postmedia.

“We have as equal a chance as anybody, but I think there’s a long process to go through in terms of them of finding the best weapon for the best price.”

In December, the Liberal government made changes to Canada’s arms export rules to allow the sale of machine-guns and other small arms to Ukraine.

That process started under the Conservative government.

‘It doesn’t look like the war will end. No one wants it to’:

Ukraine conflict the longest in Europe since Second World War Government will move forward with process to put Ukraine on weapons export list.

Ukraine is keen to bring its weaponry up to a NATO standard as it hopes to set the stage to eventually join the alliance.

The country is also involved in an ongoing conflict against separatists, backed by Russian forces.

More than 11,000 people have died in the fighting.

Ukraine is also interested in acquiring other military equipment, such as anti-tank weapons, from both Canada and the U.S. U.S.

President Donald Trump announced in late December that anti-tank missiles were being sent to Ukraine, sparking protests from Russia, which warned such a move would only fuel conflict in the region.

Payne said Colt Canada is hoping to set up demonstrations of its weapons in Ukraine sometime in the summer.

“We have great product and we have a great reputation,” he explained.

“So, we’ve got as good a chance as anybody” in eventually selling weapons to Ukraine.

Colt Canada is the main supplier of small arms to the Canadian Forces.

Ukraine is also interested in other support from Canada.

At the end of September, Stepan Poltorak, the defence minister, told journalists he had discussions with Defence Minister Harjit Sajjan about having Canada involved in building a Ukrainian ammunition plant.

Sajjan said at the time the plans went beyond the construction of the factory and would involve even more Canadian support to Ukraine’s military.

“This is about building the capacity,” Sajjan told journalists.

“This is about increasing the effectiveness of the Ukrainian armed forces, which is happening, and then actually providing the necessary equipment for them to sustain that as well.”

Canada also has troops in Ukraine to train soldiers.

In late January, Poltorak confirmed that Canada was interested in selling weapons.

“We are planning to work out some positions, including with Canada, on military and technical co-operation, such as procurement of weapons and equipment from our partners,” he said.

Meanwhile, another arms purchase — this one financed by Canadian taxpayers — is in limbo.

Weapons that were to be supplied to Kurdish forces are currently stored at a supply depot in the Montreal area.

Prime Minister Justin Trudeau had announced in February 2016 that Canada would provide weapons to the Kurds in support of their efforts against ISIL.

But the delivery of those arms was put on hold after clashes between Iraqi and Kurdish forces.

A Canadian Forces spokesman said there are no plans to deliver the weapons.

It is unclear what will happen to the stockpile.