Ukrainian Heiress, 20, Who Killed Six People When She Crashed Into Pedestrians At High Speed

October 18, 2017
KHARKIV, Ukraine -- A Ukrainian heiress who killed six people when she crashed into pedestrians at high speed after it was claimed she jumped a red light had three previous speeding convictions, it has emerged. 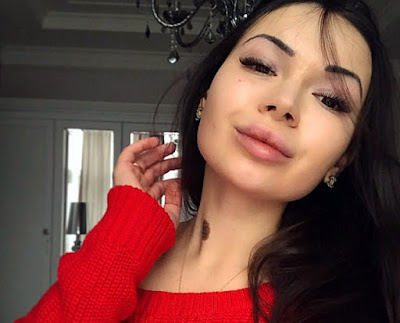 A glamorous 20-year-old heiress has been detained after she 'jumped a red light and rammed into a crowd killing six', say police.

The horrifying moment the 20-year-old heiress mowed down the victims was caught on camera.

There was carnage on the streets of Kharkiv, in Ukraine, after her Lexus mounted the pavement before flipping on its side.

Alyona Zaitseva's armed bodyguards drove up in two jeeps immediately after the crash and protected her from a furious crowd who witnessed the crash.

The dead included a 15-year-old schoolgirl.

It has since emerged Ms Zaitseva was fined on three separate occasions for speeding offences.

'It's like a war zone,' said one onlooker who was trying to care for the injured.

A shocking video of the aftermath of the crash showed bodies strewn on the pavement.

Among the seriously wounded is a woman who is seven months pregnant, described as being in a grave condition in hospital.

Three of the dead were named as Elena Berchenko, 25, Yury Neudachin, 24, Oksana Nesterenko, 36.

Police said she was found not to have been drinking before the crash.

If convicted, she faces up to ten years in jail.

Local bloggers expressed fears that because of her powerful father she will be exonerated despite claims that she sped through the red light.