Why Building R&D In Ukraine Is A Great Idea

September 07, 2017
KIEV, Ukraine -- Building a research and development office is often associated with high costs and risks. It's no wonder since the creation of effective solutions underpins the success of a tech company. 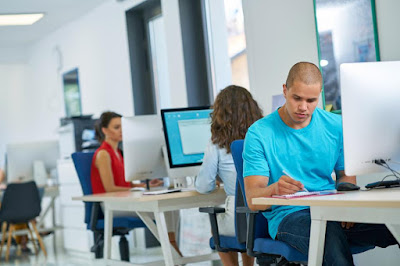 At the same time, the expenses for building an R&D office in developed countries push entrepreneurs to look for other options.

Setting up an R&D lab in a country like Ukraine is not an outlandish idea anymore.

Actually, speaking from the firsthand experience of running such an office in Ukraine for seven years, it can turn out pretty great.

The Biggest Tech Companies Are Already There

If you decide to open an office in Ukraine, you won’t be a pioneer.

Tech giants such as Snapchat, Opera Software and Wargaming operate offices in Ukraine as well.

The country also ranks among the world leaders in terms of outsourcing, holding the 24th position, according to the Global Services Location Index by A.T. Kearney.

Moreover, 13 Ukrainian outsourcing companies made it into the world’s top 100 in 2017.

Hiring in Ukraine is what major brands are already doing.

But not only that -- Ukraine is home to a range of world-class product companies including Readdle, Grammarly, Jooble, Depositphotos, TemplateMonster, GitLab and others.

The Talent Pool Is Huge

Setting up an R&D office in Odessa, Ukraine, was not a difficult choice because I was born there.

But with time, I only became more assured that it had been the right decision.

The combination of expertise among local developers and the low cost of running an R&D office here made it an easy decision.

Ukrainian tech specialists have several important advantages that make them stand out from the competition.

First of all, their English language proficiency allows them to read documents and communicate freely with employees from other countries.

The percentage of IT developers in Ukraine who are fluent in English has reached 40.2%, with 38.6% more at the intermediate level.

At Clickky, we do all of our internal meetings, presentations and mailings in English, with no problems or complications.

Furthermore, the talent pool in Ukraine is huge.

It is a large country with roughly 45 million residents.

There are more than 400 higher education institutions, with 15,000 qualified IT specialists joining the workforce every year.

Ukraine is the global leader in the number of Unity3D game developers and C++ engineers, and it's second in terms of the number of JavaScript, Scala and Magento developers.

Currently, we employ 85 professionals in the Odessa office, and our R&D team consists of 30 specialists.

One of its subdivisions, the business intelligence department (three employees), which we built from scratch, made the whole company a lot more efficient and profitable.

The BI team improved the sales and product development workflow, created optimization engines, automated reports and even made it possible to increase payouts for publishers by 30%.

Solutions provided by the department resulted in the company reducing expenditures and increasing cost efficiency.

The Associated Costs Are Low

Perhaps the biggest advantage of running an R&D in Ukraine is the lower cost.

The median salary of a senior Java developer in Ukraine is just $40,083 per year -- slightly higher than in Asia, but lower than in neighboring Central European countries.

Considering the fact that a developer of the similar expertise would cost on average $99,284 per year in the U.S., the benefit is obvious.

Another benefit is the country’s simple tax system, which I'll explain later.

To add to that, maintaining a 1,000-square-foot office for a team of 30 in Ukraine would cost around $1 million, while the same office space in San Francisco would cost more than $3 million, including rent and salary rates.

Even for a bootstrapping startup, having a full-time R&D team in Ukraine can be a smart choice.

I personally witnessed that, having already invested in 15 startups with Ukrainian founders and having built a strong R&D team in Odessa for AI startup 3DLOOK, which I'm currently actively involved with.

The first practical step toward setting up R&D in Ukraine is hiring a lawyer.

There are no major hurdles for foreigners and non-residents to open an office.

However, you’ll need to get a sense of the available legal options and choose the one that best serves your business goals.

But set your worries aside -- the prices for law consulting in Ukraine are lower than you would imagine.

Choose of the type of business entity you’re going to run.

It can be a local branch, a representative office, an open joint-stock company or a sole proprietorship.

The type you select will determine the way you employ specialists, the amount of taxes and fees you'll pay, and ways to send and withdraw money.

For example, representative offices operate under a time-bound license.

Meanwhile, a joint-stock company can be registered only if one of the co-founders or a director is a Ukrainian citizen.

Learn a bit about the Ukrainian taxation system.

If your business entity is eligible for simplified taxation, you will pay a flat income tax of 15%.

The corporate income tax rate is 18%, while dividends and interest are subject to 15% tax.

Additionally, there is a unified social security contribution, deducted from each employee’s salary, in the amount of 22%.

After the registration is completed, you can proceed to hiring personnel and growing your R&D team.

For tech companies looking to save up on running an R&D office, engaging talent from Ukraine is a smart solution.

The influx of established companies, the pool of professionals and the significantly lower hourly rates compared to the U.S. make for an excellent choice of location.