Ukraine Is On Its Way To Ending Corruption Through Its Courts

September 06, 2017
KIEV, Ukraine -- Since his 2014 election as Ukrainian president, Petro Poroshenko has launched sweeping reforms focused mostly on efforts to root out Soviet-era corruption that infected nearly every part of Ukrainian society. 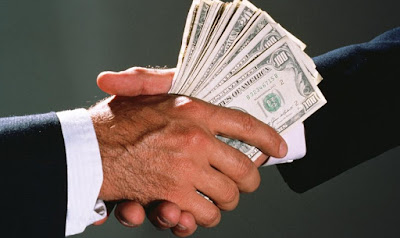 The reforms paid special attention to the nation’s judiciary.

If Ukrainians feel they cannot receive justice, many of the other reforms would be meaningless.

Reform of Ukraine’s judicial system, which began in earnest in 2015, is designed to restore public confidence in the judiciary.

For example, recent amendments guarantee the lifetime appointment of judges and limit judges’s immunity from allegations of malpractice.

To oversee judicial conduct and procedures, Parliament established a High Council of Justice, which is composed principally of judges elected by their peers.

The council is independent of Parliament, the government and the president.

In late 2016, Ukraine began the hard work of establishing a new Supreme Court that will replace three specialized courts and the previous high court.

For the first time ever, judges will be appointed to the Supreme Court based on the results of a competition held by an independent body composed of legal professionals called the High Qualification Commission of Judges.

The commission recommends candidates to the High Council of Justice, which, in turn, decides if the candidate should be appointed.

The government is going to great lengths to make the process as transparent as possible.

The commission even went so far as to livestream most of its proceedings on the internet.

It also published the applicants’ resumes and exam scores on its website.

Thanks to this openness, Ukrainians have had the opportunity see firsthand who will sit on their highest court.

More than 1,400 prospective jurists applied for the 120 vacant Supreme Court seats, including some of the most qualified, trusted and experienced legal experts in the country.

The commission narrowed the field to 1,205 and only 381 candidates reached the final stage of the process.

The commission has now ranked the 120 winners of the competition and in the coming weeks the High Council of Justice will decide on the candidates from the pool.

The winners so far include 16 legal academicians, nine attorneys at law, four lawyers with diverse backgrounds and 91 judges.

The process has been intensive, even arduous.

The commission evaluated each candidate based on experience, competence (professional, social and personal), professional ethics and integrity.

They also were asked to disclose their assets and were researched by the National Anti-Corruption Bureau and the National Agency on Corruption Prevention, two foundational bodies of President Poroshenko’s government-wide reform efforts.

In related reforms, the judicial system has been reduced from four to three tiers, which has simplified the legal process and guaranteed quicker dispute resolution.

In addition, Parliament has passed legislation granting citizens and legal entities the right to file a complaint with the Constitutional Court if they believe that a lower court decision violated the constitution.

Not surprisingly, Ukraine has met its fair share of criticism.

Some have complained, for instance, that the reforms were too slow and too few.

But that’s just not accurate.

The rejection of former Ukrainian President Viktor Yanukovych’s government in 2013 was an expression of public outrage and frustration with the Ukrainian government’s unwillingness to stamp out state-sanctioned corruption.

President Poroshenko has offered a reform-focused alternative that promised an end to corruption.

There is more work to be done, but Ukrainians today know their judicial system is much fairer, more competent and more efficient than it has ever been.

Ukraine is on the right path to constructing an unbiased, independent judicial system.