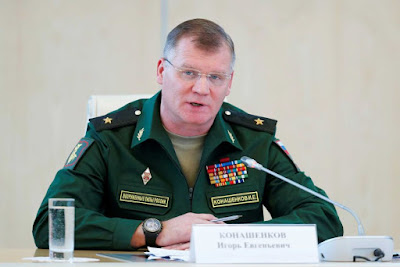 “As far as the Russian troops which took part in the joint strategic exercises, Zapad 2017, they all returned to their permanent bases,” Defense Ministry spokesman Igor Konashenkov said Saturday

In an emailed statement Russia pulled back only a small portion of the troops after staging the drills in Belarus and lied about how many took part, Ukrainian Chief of General Staff Viktor Muzhenko said Thursday.

Russia sent thousands of troops to Belarus for the week-long exercises, alarming officials across Europe, particularly now that Russia is in the middle of a historic arms buildup and its relations with the U.S.-led NATO military alliance are the tensest since the height of the Cold War.

While Russia and Belarus said only 12,700 troops were involved -- a level just shy of triggering compulsory international monitoring -- Germany and Poland put the total closer to 100,000.

The drills included joint exercises in Kaliningrad, Russia’s nuclear-armed enclave on the Baltic Sea that’s nestled between Poland and Lithuania.