No Compromises On Ukraine’s Sovereignty Over Crimea 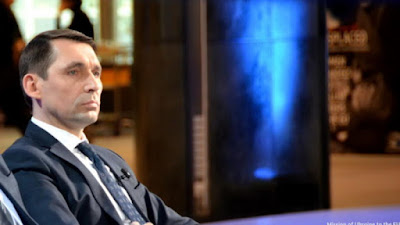 The recent op-ed by Josh Cohen promotes ideas of settlement that not only ignore Ukraine’s sovereign choice but are hardly compliant with the fundamental principles of international law.

His call to the US not to consider the possibility of supplying defensive weapons to Ukraine and take off the table the issue of possible future Ukraine’s NATO membership because it would inevitably lead to retaliation by Moscow in the Donbass, Syria, North Korea, Afghanistan, Kaliningrad or elsewhere could be seen as a usual shortsighted narrative of appeasing the aggressor.

One has to recall that the non-bloc status of Ukraine back in 2014 did not prevent Russia from launching an aggression against my country.

Since then Ukraine has already paid too big a price.

More than 11,000 Ukrainians lost their lives, about 25,000 have been wounded, 7% of Ukrainian territory has been occupied, and 20% of its economic potential has been lost.

But Ukraine withstood and defended itself.

Though not being a NATO member, Ukraine has effectively become its eastern stronghold, containing a foreign army five times bigger than our own and which has a sixteen times larger budget.

With overwhelming support by Ukrainians for European and Euro-Atlantic integration, it would be wise not to speculate on the issue of possible future membership but leave it to the sovereign choice and decision of Ukraine and the member states.

But what struck me the most in the article was the cynical idea to elaborate a formula for shared sovereignty over Crimea or Russian payment to Ukraine for the occupied territory.

And on top of that was a sweetener to ease sanctions against Russia while offering Ukraine assistance in rebuilding the Donbass region.

The territorial integrity of Ukraine is not a bargaining chip.

Ukrainian society which went through the Revolution of Dignity and three years of fighting against external aggression simply will not accept any idea of so called “shared sovereignty” over Crimea or financial compensation for the occupation.

There is no other option than to build the solution to the Crimean issue on the basis of the norms and principles of international law, respect for the sovereignty and territorial integrity of Ukraine.

The Russian aggression began with the brutal occupation of Crimea and this is where it should come to its end.

The only possible settlement agreeable to Ukraine is restoring the sovereignty and territorial integrity of Ukraine over Crimea which can be done by launching an international mechanism of de-occupation as initiated by the President of Ukraine, Petro Poroshenko, with the aim of Russia’s peaceful withdrawal from Crimea.

The fact that Russia has been recognised as an occupying power by the majority of the UN member states, as well as the consistent implementation by the EU of its non-recognition policy gives us confidence in the overwhelming support by our international partners.

The occupation of Crimea is not only about the violation of international law.

The peninsula has become a grey zone for human rights and a territory of fear.

The repression of Crimean Tatars and Ukrainians who do not recognise the illegal annexation of Crimea continues.

Among the recent appalling examples is the sentencing of the Deputy Chairman of the Mejlis of the Crimean Tatar People, Ahtem Ciygoz, by the occupation authority, to eight years in jail for protesting against Russia’s takeover of Crimea.

Obviously Russia is not going to leave Crimea on its own.

We have to make it do so.

We should step up international diplomatic and political pressure on the aggressor to restore Ukraine’s sovereignty over Crimea and to release dozens of Ukrainian political prisoners prosecuted by Russia.

Expanding sanctions towards the participants of faked elections in the occupied territory of Crimea and Sevastopol as well as to those responsible for grave human rights violations should be in our toolkit.

It could probably be a long way, but only by bringing Russia back to the norms and principles of international law and by not giving up our common values we could safeguard peace, security and stability in the region.

What would be the alternative?

A chaos and domination of force over the international law.