September 25, 2017
EDINBURGH, England -- A father-of-one was duped out of £1,600 by a Ukrainian con woman who left him waiting for her at Edinburgh Airport. 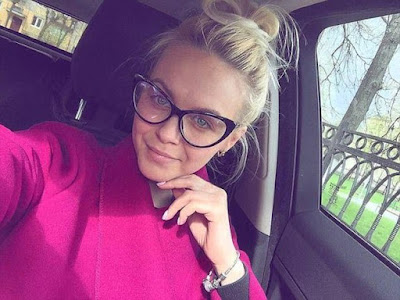 Colin Orr, 40, started chatting with Olga Marchenko after signing up to a website for penpals and quickly fell for her.

Within a month Miss Marchenko claimed she had fallen in love with him and he began making plans for her to move to Edinburgh with him.

He told MailOnline he paid £1,600 for her and her two-year-old daughter to fly from Ukraine through Russia to London, and finally to the Scottish capital.

But when he excitedly went to meet her in the arrivals lounge of Edinburgh Airport in July she failed to show up, leaving him devastated.

Mr Orr was so worried about her he even reported her as a missing person.

However police later informed him she had been found living outside the UK - and he realised he had been taken for a ride.

The 40-year-old had started chatting with Miss Marchenko after meeting on the Interpals website.

Speaking to MailOnline he said: 'I tried to do what people do, I hadn't done dating sites before but I thought I would try Interpals as it was free. 'Olga was the first person I met.

She asked if I would like to exchange email addresses so we could write to each other, so I said yes and it went from there.

We started writing every day.

'We started exchanging photos and at that point it was all casual and it was just nice.

She told me she was a widow in Luhansk, which is on the frontline, and it was hard to meet Ukrainian men as they were either in the Army or didn't want to raise someone else's child.

'I was taking it all with a pinch of salt but it was getting more serious...she was saying "I love you" and then said she wanted to meet me in Scotland but there was still no mention of money at that point.

It was never anything sleazy.

'She then told me she needed to raise money to buy a Ukrainian passport for her and her daughter, who was two years old.

She said that would take six months but if she wanted to get it quicker, it would cost more money, around £260 ($350).

She asked me for help and I agreed and then after that I put myself in a spiral.

'She got the passports for her and her daughter.

She had won my trust.

I had to stop thinking about my own private dining company I was hoping to set up and I had to go back to working for other people.

I also had two hernias but had to work through that.'

He went on: 'It was nice getting the letters every day and we exchanged more than 800 emails plus thousands of messages on Whatsapp.

We also spoke on the phone.

It all seemed real.

'We eventually decided to meet on July 1 in Edinburgh and it was a rush getting it all sorted and I was up against it but I managed to get it all paid for.

'Because she lived all 10km from the frontline she had to fly from Luhansk to Rostov in Russia to Moscow to Heathrow and finally onto Edinburgh. That cost £1,600.

Everything felt real and believable.'

But the chef was left heartbroken when she never turned up.

He reported her missing to police, concerned for her well-being as she was coming from a dangerous part of the world.

He said: 'I might have been naive but it felt like a relationship and I was taking a chance.

'I wasn't being asked for my life savings and that's why I so believed it.

'She is definitely who she says she is because there is a money trail through Western Union that shows it was picked up in Luhansk by an Olga Marchenko.

She said she worked as a nursery worker and whenever I called I could hear children in the background.

'The police said the passports for her and her daughter were real as well so I wasn't really catfished.

I just don't want her to now do the same thing to someone else.'

He wants Action Fraud – the UK's national fraud and cyber crime reporting centre – to bring charges against her.

He has gone public with his story as a warning to others not to fall into the same trap.

He is still struggling to understand why she targeted him.

'Why me? Why not go after someone rich? I'm just a working-class man and she knew that.

'She knew about how hard I was working and that I'd sold my guitar and laptop for her when she needed money.

I am now struggling to stay on an even keel and my hernias have grown so much I have been told I can't work.

'When she didn't turn up at the airport I messaged her on Whatsapp to say "you are horrible for doing that".

She got that message as I saw it had a double tick and for the next couple of days I tried to contact her on Whatsapp but I never got any reply.

'It was commitment to the cause on her part as she basically spent six months writing letters every day, having conversations on Whatsapp and telephone calls.

I have been a victim of crime. What she did was calculating.'

A Police Scotland spokesman said: 'Police in Edinburgh were called to an address in Oxgangs following a report of concern for a 32-year-old woman.

'The matter was reported to police on Thursday, July 6.

Officers conducted inquires and it was quickly established that the woman was living outside UK.

'Officers have explained the circumstances to the complainer and appropriate advice has been given.'