Ukraine Needs $3B And A Culture Change

August 08, 2017
KIEV, Ukraine -- The Minister of Education and Science of Ukraine, Liliya Hrynevych, announced the need for 87 billion UAH (over US $3 billion) to reform the country’s Soviet-modelled system of education. 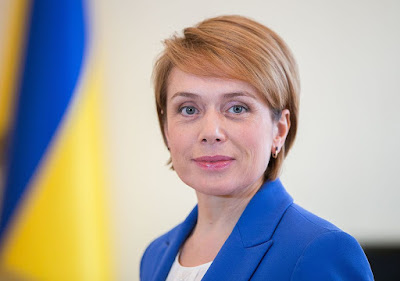 The Minister of Education and Science of Ukraine, Liliya Hrynevych.

The Prime Minister, Volodymyr Groysman, conceded the accuracy of the sum but added that Ukraine cannot afford it and the Ministry of Finance confirmed the shortage of educational funding in the central budget.

A few days later, Groysman promised to find over US $3 billion for education reform that will last for several years, most likely until 2030.

The Prime Minister said that these funds will come from inside the country as well as from the sources abroad.

But private donors refuse to lend money to Ukraine due to its on-going war, political crisis and poor economic performance.

The IMF will not make additional money available to Ukraine, the major reasons being lack of actual change and overwhelming corruption.

Ukraine can turn to the World Bank.

In fact, the International Bank for Reconstruction and Development (IBRD) has extended almost US $3 billion in current loans to Ukraine, of which less than six hundred million dollars were disbursed as of July 2017.

At the same time, the overview of projects in Ukraine funded by the IBRD in 2017 show no evidence of educational projects.

In January 2017, Minister Hrynevych proudly announced a future grant of $340,000 from the World Bank for education.

This is equals approximately the amount of money an African village receives from a major international organization to establish a new school.

Apparently, Minister Hrynevych equated the needs of higher education in Ukraine to the development of a primary school somewhere in Sub-Saharan Africa, and is proud of it.

She also admitted that Ukraine’s Education Ministry did not establish good relations with the World Bank in the past and hoped that this will change.

The reform would likely require much more than US $3 billion.

It will require the removal of Stalinist cadres and KGB officers who still occupy leadership posts in higher education and quite possibly the change in leadership in the Ministry as well.

Liliya Hrynevych became Minister of Education and Science after a recent reshuffle of the Ukrainian government that led to the replacement of the majority of its Ministers.

Hrynevych’s strategic plan is to replace the current eleven-year system of compulsory education with a twelve-year system, supply textbooks to schools, upgrade higher education and restructure and provide better funding for research.

It is hard to call these plans original or breakthrough, but the system needs change at all levels of badly.

The World Bank could help, but it needs to have a rationale and the results of the work have to be feasible.

Unfortunately, there is little inclination for the World Bank to try and help an educational system riddled with corruption.

In universities, faculty and administrators are eager to accept gifts and bribes in exchange for admission, high marks, or any other favors they can sell to students.

Most Ukraine’s universities are, in essence, community colleges and many are simply diploma mills, rife with bribery and fraud.

The pipeline to higher education is suffering as well due to logistic and infrastructure problems.

Schools are being closed every year, especially in rural areas.

At the same time, there is no well-functioning school busing program that would connect distant villages to schools.

In one case, a school roof collapsed in a village.

In another case, a three-story brick school building partially collapsed. (Ironically, this happened when the commission of construction faculty members from a nearby college was inspecting the stability of the structure.)

Fortunately, the school building collapsed in the evening, when there were no pupils in the building.

Students of Odessa Naval University were asleep when their dormitory crumbled.

Fortunately, they managed to crawl out from under the debris.

As the Soviet-era educational infrastructure ages without repair for decades, these are no longer isolated incidents.

There is no doubt that the education system needs a major overhaul at all levels from infrastructure to staffing.

The question is whether the country will receive the funding that it needs from any source.

While state funding for research has been decreasing for decades, somehow the number of defended dissertations and awarded doctoral degrees keeps growing.

There are reports of dissertation scandals in Ukraine similar to those in Russia.

There is no need for politicians, businessmen and other wealthy individuals to write or plagiarize their dissertations.

They can order custom-written dissertations and use their personal connections and power to secure a successful defense.

As of 2016, there were 46 dissertation-writing firms operating openly in Ukraine.

Despite loud scandals over fake and plagiarized dissertations that have shaken the country’s political establishment in recent months, reformers prefer to keep quiet in order to downplay the controversies.

While there was no clear or meaningful official reaction from Ukraine’s academic or political circles on these accusations, questions remain.

The major question is: Will the World Bank subsidize a system that awards fraudulent degrees to Ukraine’s politicians and others?

There is a lot of doubt that this will be the case.