July 07, 2017
KIEV, Ukraine -- Ukrainian aircraft maker Antonov has told visiting U.S. members of Congress that it wants to cooperate with America in developing a new medium-weight, short-takeoff-and-landing aircraft based on its four-propfan An-70 tactical military transport, the company said. 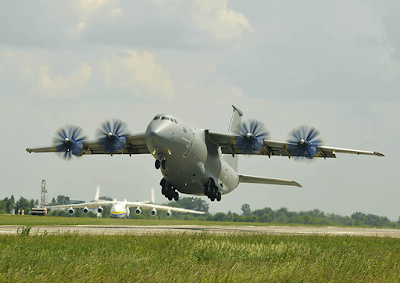 A delegation of members from the U.S. House of Representatives’ Committee on Transportation and Infrastructure visited Antonov in Kiev Monday, where they heard a call from company leaders for cooperation between Ukraine and the U.S. aviation companies.