Trump To Talk Syria, Ukraine During Meeting With Putin: Report 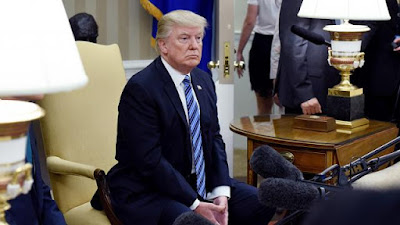 Two administration officials told CNN the talks will likely focus on the disputes in Syria and Ukraine, but there has not yet been a formal outline for the meeting.

Administration officials also don't expect Trump to bring up the Russian meddling in the 2016 presidential election during his meeting with Putin, the network reported.

Trump is expected to talk to Putin about Russia's support for Syrian President Bashar Assad and Moscow's actions in Ukraine.

Trump's meeting with Putin comes amid a swirl of controversy surrounding Trump’s posture toward Russia.

Trump irked the national security establishment in Washington with his routine praise for Putin during the campaign.

He spoke about brokering a deal with Putin to form a closer U.S.-Russia relationship.

Many in his own party have urged Trump to take a tougher line against Moscow for its military intervention in Ukraine and its support for Assad.

National security adviser H.R. McMaster told reporters last Thursday that there is no set agenda for the meeting, CNN noted.

“There is no specific agenda. It’s really going to be whatever the president wants to talk about,” McMaster said.