How Ukraine War Spilled Into The U.S. Election

July 15, 2017
KIEV, Ukraine -- U.S. politics as an extension of the Russian-Ukrainian war theater sounds mildly ridiculous -- but, as partisan U.S. forces push competing stories of the post-Soviet nations' interference in the 2016 election, I can't help wondering if that isn't the new normal. 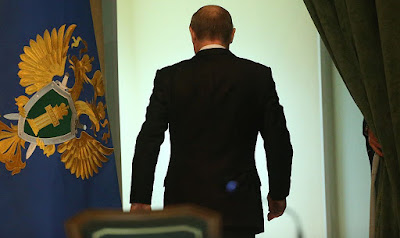 The political side of globalization.

The Russian interference narrative is by now part of the mainstream.

Ukrainian interference is a newer, less developed storyline, being pushed by Republicans as a response to the Russia allegations and, by some indications, backed enthusiastically by Russian interests.

The first story on how Ukraine allegedly helped Hillary Clinton's election campaign was published by Politico in January.

It described how Alexandra Chalupa, a political operative of Ukrainian origin who worked for the Democratic National Committee, did opposition research on Donald Trump's campaign manager Paul Manafort -- who did a lot of political consulting work in Kiev -- with the cautious help of the Ukrainian embassy.

This didn't amount to direct cooperation between the Clinton campaign and the Ukrainians.

President Petro Poroshenko's government had to be careful in case Trump won, since U.S. support is crucial for the current government's survival.

The Clinton campaign, too, wanted to keep a distance between the dirt-digging and the candidate.

Other arms of the Ukrainian government made no move to deny that Manafort received illegal payments -- until long after the election.

Last month, Ukraine's chief anti-corruption prosecutor Nazar Kholodnitskyi said there was no proof Manafort accepted any illicit payments -- probably welcome news to the Trump administration in the midst of the Russia scandal.

"If you’re looking for an example of a campaign coordinating with a foreign country or a foreign source, look no further than the DNC who actually coordinated opposition research with the Ukrainian Embassy."

That same day, the conservative publication The Daily Caller ran a "friendly reminder" that a DNC operative worked with Ukrainians to dig up information about Manafort, and Trump apologist Laura Ingraham tweeted the Politico story.

The talking point got some enthusiastic support from Lee Stranahan, the former Breitbart journalist who now has a show on the Russian government-funded Sputnik Radio.

In a series of tweets, he suggested the Ukrainian government was helping the U.S. Democrats in return for their help in 2014.

He also tweeted a link to an apparently Russian-recorded and -leaked conversation between Victoria Nuland, then an assistant secretary of state, and Geoffrey Pyatt, then U.S. ambassador to Kiev, on how to shape the Ukrainian government immediately after the 2014 "Revolution of Dignity."

At the same time, CyberBerkut, the pro-Kremlin hacker group, whose account had been dormant for months, published a data drop on alleged tied between the charity foundation of Ukrainian billionaire Viktor Pinchuk and the Clintons.

This was promptly picked up by WikiLeaks (which, for the sake of fairness, mentioned that CyberBerkut may be a front for the Russian government).

Clearly, people within President Vladimir Putin's propaganda machine would like to give the Clinton-Ukraine story a boost.

"The big difference between Clinton/Ukraine and Trump/Russia is that Ukraine is not our enemy; Russia pretty obviously is, per common sense."

A large part of the Republican establishment regards Russia -- let's face it, not Putin's Kremlin but the country itself -- as a perennial U.S. adversary.

This is based on cold war history and habitual intelligence and diplomatic practices as much as on anything Putin has done.

It just seems easier for Republicans who share this set notion to side with the Democrats on the Russian story than with populist, pro-Trump Republicans whose views of Russia are more opportunistic.

Ukraine, by contrast, is a U.S. charity case and a counterweight to Russia in the post-Soviet space.

So working with it while almost equating the acceptance of Russian help to treason is not a double standard.

Within this context, foreign participation in the U.S. political process is not a problem, but the participation of a foreign adversary is. Is that the right line to draw in an increasingly globalized world with internationalized elections?

It's natural that the Russian-Ukrainian conflict is playing out everywhere both sides can reach.

The U.S. is an important arena; perhaps Americans should be proud of that rather than worried about it.