July 26, 2017
WASHINGTON, DC -- The former Democratic National Committee contractor at the center of allegations that Democrats worked with Ukrainian officials to dig up dirt on then-presidential candidate Donald Trump told CNN Friday that DNC officials never asked her to "go to the Ukrainian Embassy to collect information." 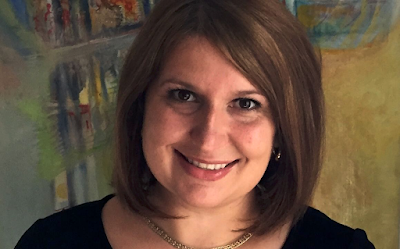 Alexandra Chalupa, a Ukrainian-American activist and Democratic consultant for over a decade, is the latest in a line of Democrats, including multiple DNC officials and former Clinton campaign officials, to deny the claim.

It's a talking point the White House and other pro-Trump Republicans are using to deflect from Donald Trump Jr.'s meeting with Natalia Veselnitskaya, a lawyer described to him in emails as a "Russian government lawyer."

"During the 2016 US election, I was a part time consultant for the DNC running an ethnic engagement program," Chalupa said in a lengthy statement to CNN.

"I was not an opposition researcher for the DNC, and the DNC never asked me to go to the Ukrainian Embassy to collect information."

Chalupa said Friday that because of her Ukrainian-American heritage she was aware of Paul Manafort's political consulting work for Victor Yanukovych, a former Ukrainian President with close ties to Moscow.

Manafort, a longtime Republican operative, was hired by Trump in March 2016.

"When it was announced that the Trump campaign hired Manafort, many Ukrainian-Americans were alarmed and concerned it was an early signal that Putin was trying to influence the US election," Chalupa said.

"At that time, I flagged for the DNC the significance of his hire based on information in the public domain."

Chalupa, who maintained other clients while working for the DNC, does say she had a "couple" meetings with "representatives of the Ukrainian Embassy," but that those meetings had to do with an "Immigrant Heritage Month women's networking event" she helped organize in June with Melanne Verveer, a Ukrainian-American and former US Ambassador for Global Women's Issues at the State Department under Hillary Clinton.

The White House has seized on Chalupa's work and a Politico story in January that said Ukrainian government officials worked with at least one staffer at the DNC during the 2016 campaign to help Hillary Clinton and undermine Trump.

The story centers on Chalupa, who Politico reported has a network of people in Kiev and Washington -- including Ukrainian government officials -- who would pass her information that she would then float as potential research to DNC staffers.

Chalupa disagreed with the casting of the Politico story, posting on Facebook in January that it was "nonsense."

But the White House has jumped on the story, with multiple officials claiming it proves collusion.

"If you're looking for an example of a campaign coordinating with a foreign country or a foreign source, look no further than the DNC, who actually coordinated opposition research with the Ukrainian Embassy," White House spokeswoman Sarah Huckabee Sanders said on Monday.

"Let's compare that to the DNC sending its people to the Ukrainian embassy to coordinate oppo attacks against our candidate," Sebastian Gorka, a White House deputy assistant, said Tuesday on CNN.

"If you want to see collusion, it's in the DNC. I mean, it is up to their necks."

According to two sources with knowledge of Chalupa's work with the DNC, though, there was one occasion where Chalupa's Ukrainian activism crossed into her work at the DNC.

Before current Ukrainian President Petro Poroshenko's visit to the United States in April 2016, Luis Miranda, then the communications director at the DNC, suggested Chalupa ask the Ukrainian embassy whether Poroshenko would be willing to take a question from an American journalist on Manafort's hire and work in Ukraine for Yanukovych, the sources said.

Manafort would later go on to lead the campaign before being ousted in August as questions about his work in Ukraine for pro-Russia interests swirled.

Miranda told Chalupa, the sources said, that he would get a friendly outlet to ask the Poroshenko a question during a press briefing he was scheduled to hold.

Chalupa asked the embassy, but officials there said no, the sources added.

Miranda and officials from the Ukrainian embassy did not respond to requests for comment on this charge.

Another source familiar with Chalupa's work at the DNC said the contractor "informally" told committee staffers last year that Ukrainian officials had become concerned about Trump's campaign and his ties to Russia and suggested having the DNC work with the Ukrainian embassy to bring some damning information to light.

The source said she was told "unless there is something public, there is nothing we can do" and that the DNC "never got anything from her" or "met with the Ukrainians."

"We never got any actual information. It didn't go beyond running by someone in a hallway and hearing rumors," the source said.

"It was hearsay in the hallway conversation, there was never any formal conversation or paper research."

In her statement to CNN, Chalupa denied that she ever suggested working with the Ukrainian embassy to dig up dirt.

Officials for the DNC and former officials from Hillary Clinton's 2016 campaign have denied the charges leveled by the White House, as has the Ukrainian embassy.

"I ran the opposition press program for the Clinton campaign and I don't know what the hell they're talking about," said Zac Petkanas, a former Clinton staffer.

Lauren Dillon, research director at the DNC, also denied any contact with any foreign governments, including Ukraine.

"I've been director of research at the DNC for four years and had zero contact with foreign governments," she said.

And a representative from the Ukrainian Embassy denied cooperating with Chalupa to pass damaging information on Trump to the DNC.

"The Embassy of Ukraine has never coordinated with the DNC on opposition research. Embassy officials worked with Alexandra Chalupa and a Ukrainian-American advocacy group last year on cultural events, but they did not assist Alexandra in providing any information related to the US election," the Ukrainian embassy said in statement.

"While some politicians who are not part of the Ukrainian government might have taken sides during last year's election, the government and the Embassy of Ukraine did not."