Expert: Crimea On The Verge Of Withering, Kremlin Prepares Ultimatum For Ukraine

July 03, 2017
KIEV, Ukraine -- Russia is experiencing major problems with the water supply to the annexed Crimea. Draught is affecting the agriculture and the industry of the peninsula and the steppe could turn into a lifeless wasteland. 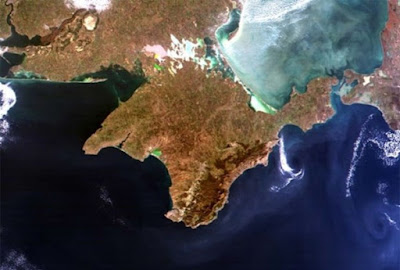 In order to resolve this problem, Vladimir Putin may take a radical step – giving Ukraine an ultimatum, writes political columnist Sergey Stelmakh in a blog post for Krym.Realii.

“The Kremlin cannot acknowledge its own failure. Moscow is preparing the information groundwork for a future ultimatum to Ukraine: either Kiev unblocks the North Crimean Canal, or the Kremlin will use force,” Stelmakh believes.

Patrushev spoke about the catastrophic water supply situation on the peninsula and accused “hostile” Ukraine of attempting to destabilize the situation in the region.

“Patrushev’s statements are not simply the words of a regular official. We’re talking about a person in President Vladimir Putin’s close circle… And if Patrushev brought up the topic of water supply, it means that the matter has been discussed at a higher level in the Kremlin. And this is of fundamental significance,” the analyst observes.