July 04, 2017
KIEV, Ukraine -- The small Ukrainian tax software company that is accused of being the patient zero of a damaging global cyber epidemic is under investigation and will face charges, the head of Ukraine's CyberPolice has suggested. 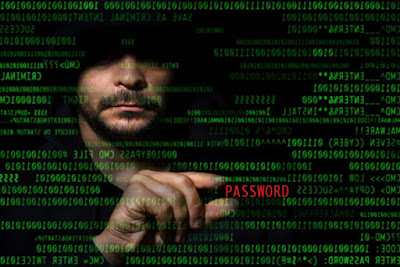 The major cyber attack locked up computers around the world, disrupting businesses from Mumbai to Los Angeles and halting production at a Cadbury factory in Tasmania.

Colonel Serhiy Demydiuk, the head of Ukraine's national Cyberpolice unit, said that Kiev-based ME Doc's employees had blown off repeated warnings about the security of their information technology infrastructure.

"They knew about it," he said.

"They were told many times by various anti-virus firms … For this neglect, the people in this case will face criminal responsibility."

Mr Demydiuk and other officials say last week's unusually disruptive cyberattack was mainly spread through a malicious update to ME Doc's eponymous tax software program, which is widely used by accountants and businesses across Ukraine.

The malicious update, likely planted on ME Doc's update server by a hacker, was then disseminated across the country before exploding into an epidemic of data-scrambling software that Ukrainian and several other multinational firms are still recovering from.

ME Doc initially denied playing any such role in the malicious software's spread but later deleted the statement from Facebook.

The company, which says it is cooperating with authorities, has not returned messages seeking comment.

Law firm DLA Piper said late Sunday that it has restored its email service and was working to bring its other networks back online.

Russian companies were reportedly affected as well: State-owned oil giant Rosneft said it had taken the company six days to fully repair its computer systems after they were badly hit in the cyberattack.

Ukrainian authorities have blamed Russia for masterminding the outbreak, although several independent experts say it's too early, based on what's publicly known, to come to any firm conclusions.

Ukraine has repeatedly come under fire from high-powered cyberattacks tied to Moscow.

The extent of the damage and disruption in Ukraine was still unclear on Monday.

Authorities have yet to release an accounting of the number of victims or an estimate of the monetary damage done by the virus, and Demydiuk said his service was still collating figures and declined to even provide an estimate.

It i clear though that the economic disruption has been non-negligible.

Some bank employees have not been to work in days.

Hanna Rybalka, who works at the state-owned Oschadbank's headquarters in Kiev, said that business had taken nearly a week to recover.

"Today is the first day of full-time work," she said in a Facebook message on Monday.