June 23, 2017
KIEV, Ukraine -- Amid the fallout of Ukraine’s continued eastern conflict, its energy sector has come under intense scrutiny. 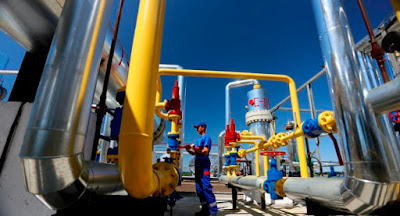 The 2014 annexation of Crimea wrested a huge amount of energy potential away from the former Soviet state.

Many coal mines have since fallen under the control of the Kremlin-backed, breakaway Donetsk People’s Republic.

These factors have crippled Ukraine’s chances to become energy independent from Russia, whose government has for years used its gas supplies to former Soviet satrapies as huge political bargaining chips.

Energy independence has, for Ukraine, become a key component of its future as an EU-facing, European nation.

It is little wonder, therefore, that major domestic players are turning to innovation to achieve this goal.

It is leading a charge to increase output by 50%–an increase that would significantly reduce the dependence of its 45 million citizens on Russian supplies.

Earlier this month the company attended the Energy Security Forum in Monaco, where its president, Nicolai Zlochevskyi, outlined the importance of the energy sector in Ukraine’s political future.

“Ukraine is part of Europe and we cannot ignore the processes taking place in the EU,” he said.

“Only by partaking in Energy Summits such as this, where leaders from the EU and Ukraine political and public life are present, are we able to exchange ideas and find the instruments for achieving energy independence both within countries and in the European community.”

On June 15 Ukraine held another forum, this time in its own capital city of Kiev.

‘Economy of Ukraine: Challenges and Prospects’ brought together leaders in politics and business to discuss how best to strengthen the country’s economy.

“If three years ago someone told us that Ukraine would be engaged in discussing such matters, we wouldn’t have believed,” said the European Bank for for Reconstruction and Development’s Francis Malige.

Ukraine is currently placed 24th in the global energy market with gas reserves of 1,104 cubic meters, according to the World FactBook.

Should its domestic players be able to innovate their infrastructure, and increase output to their desired levels, Ukraine could play a big role in the world’s gas production industry.

Also on the agenda in Monaco were presentations on finding the right mix between fossil fuel and clean energy.

Oil and gas prices have fluctuated hugely in recent months, and an exciting generation of Ukrainian entrepreneurs is trying to solve Ukraine’s energy issues with green energy solutions.

They are fighting a tech industry landscape that is confused following years of conflict and political turmoil.

As Red Herring reported earlier this year, experts at former Chernobyl satellite town Slavutych have been pushing for new life at the nuclear site.

Small businesses and solo entrepreneurs have found funding and enthusiasm through the state and groups such as Greencubator, led by serial entrepreneur Roman Zinchenko.