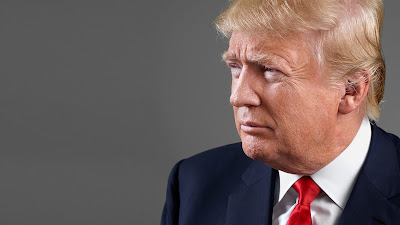 The Trump presidency is a symbol of new rules in politics where old conventions are dispensed with, and where self-determination, pragmatism and populism prevail.

In place of old conventions, a new world order is emerging.

Politicians, business leaders, academics, artists and other opinion leaders are realizing that this new world order is not just a trend.

While many still consider this new political paradigm as dangerous, I view it as the dawn of an era of new possibilities for my country – Ukraine.

As a Ukrainian politician and former business executive, I view the future of relations between the United States and Ukraine in the context of new opportunities for both countries.

I don’t want to return to a framework of misdirected “handouts” from the West or empty rhetoric about fighting corruption from those same people whose actions define it.

In this new paradigm, we must seize the opportunity to improve and streamline our relationship with U.S. as our ally.

Ukraine should become a subject rather than an object of American foreign policy.

It must put an end to government-based corruption, and build a new system of political governance based on transparency and proven best practices.

I have expressed these views to western politicians with whom I met during my recent visits to the U.S. and Europe.

By way of this shift, Ukraine needs to reassert its sovereignty and independently oversee its foreign policy.

Our political self-determination is of paramount importance in establishing a new relationship with the Trump administration and salvaging our relationships with our neighbors.

We must purge hostility and corruption in politics and dispense with a prevalent attitude of ambivalence to policies that aims to secure market economics and rule of law that have become the status quo in Eastern Europe.

To accomplish all this, Ukraine must restore order and sovereignty within its territories.

Words are not enough; they must be backed with decisive and coordinated action.

To this end, my country must secure peace in Donbass, resume economic growth, eliminate rampant corruption and waste, and ensure that there is rule of law that Ukrainian people can rely on.

A stable and growing Ukrainian economy, where rights are guaranteed and enforced by law, is critical for Ukraine’s survival and its future prosperity.

The world must not forget that Ukraine is a major European nation of over 45 million people who are educated but struggling due to poor infrastructure, antiquated and corrupt systems of social order and pressures from neighboring countries and political infighting.

I also consider that fears that Donald Trump’s arrival to the White House will bring the deterioration of U.S.-Ukrainian relations are unjustified.

Rather, it appears that the relations between the two nations will be more direct, and will be predicated on economic principles rather than favoritism and nepotism.

Our politicians ought to establish a clear framework in dealing with the Trump administration.

Mistakes of the past must be corrected, and future plans and agreements need to be predicated on clear deliverables.

We must build a new system of governance and approach U.S. and the rest of the world as worthy partners.

The time of asking for handouts is over.

To become a superpower the United States embraced ideals delineated in its Constitution, guided by national interests, rather than short-term pecuniary gains of its politicians or business elite.

This is a good example for today’s Ukraine.

We do not need to wait for the new American president to announce his positions toward Ukraine.

Instead, we need to adhere to principles of self-sufficiency and self-determination, and implement policies that will show the rest of the world that we are not just relying on rhetorical platitudes to obtain approvals or handouts from the West.