June 12, 2017
KIEV, Ukraine -- Hundreds of Ukrainians entered the EU on Sunday, marking the first day of visa-free travel into the EU for Ukraine, according to Agence France-Presse. 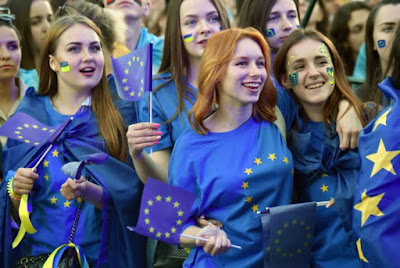 Ukrainians can now travel without a visa to the EU for 90 days.

The move marks Ukraine’s desired rapprochement with the EU bloc in the wake of protests in 2014 which overthrew the pro-Russian government, followed by Russia’s annexation of Crimea.

The measure “symbolises a final breakaway of our state from the Russian empire,” Poroshenko proclaimed to a group gathered in the European Square in Kiev Saturday, according to AFP.

The EU approved the move in May in exchange for anti-corruption measures and reforms.

Ukrainians can now travel without a visa to the EU for 90 days in any given 180-day period.

They need to have biometric passports, which store personal data and fingerprints, to benefit from the new rules.

Visa liberalisation talks between Kiev and Brussels began in 2008.