Ukraine's Fight Against TB Is At Risk From USAID Cuts

June 08, 2017
KIEV, Ukraine -- A United States Agency for International Development-funded digital health program to help Ukraine manage its growing drug-resistant tuberculosis epidemic is a textbook example of effective foreign aid, according to health experts who worked on the project — but the country’s fight against the disease is now at risk from looming cuts to U.S. development aid. 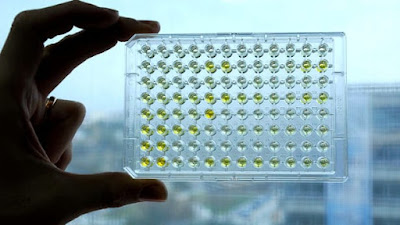 Ukraine has the second-highest TB burden in Europe, and one of the highest estimated numbers of multidrug resistant TB, or MRD-TB, cases in the world.

Started in 2008, e-TB Manager — a web-based health technology for managing all the information needed for TB control — has shown strong results and has now been adopted by government.

Implemented by global health NGO Management Sciences for Health, it is the first digital health tool to be implemented nationwide.

However, the positive news comes just weeks after the U.S. government announced proposed cuts of around a third to foreign assistance spending, which include more than halving global health assistance delivered by USAID to Ukraine, and cutting the country’s overall aid budget by nearly 70 percent, according to a budget justification document.

TB experts and Ukrainian health professionals warned that such drastic cuts could jeopardize the progress of the digital health program, and others like it, as well as the country’s broader fight against MDR-TB.

“This is a concrete example of how foreign aid works,” Niranjan Konduri, a principal technical adviser for the program, told Devex.

“The current administration’s proposed cuts … if enacted, could severely roll back gains made in Ukraine after more than seven years of international partnership.”

“Without digital health technology to support surveillance, diagnosis, medication adherence and patient care, Ukraine’s drug-resistant tuberculosis could be worse than it is, spreading across borders,” he added.

The digital health system is part of a USAID-funded program called Systems for Improved Access to Pharmaceuticals and Services.

Due to finish this year, it has been worth $226 million over six years and in more than 20 countries.

USAID has been supporting projects to control TB in Ukraine since 2000, mostly through technical assistance to the Ministry of Health on TB detection, treatment and prevention.

A spokesperson told Devex that “the quality of the existing paper-based information systems varied.

The e-TB Manager is an essential tool to properly register, enroll and monitor treatment of MDR-TB in Ukraine.

Two recent studies led by Konduri on the e-TB Manager program — both in Ukraine and across nine other countries — found positive results, including 81 percent of users, such as doctors, nurses and laboratory professionals, who agreed that the tool improved patient care; and nearly 70 percent who said it enhanced productivity.

At the time of the study in 2016, e-TB Manager in Ukraine had more than 1,300 active users in nearly 600 health facilities, and had recorded 6 million transactions.

Drug-resistant TB is a growing threat

In 2015, approximately 1.8 million people died from TB globally — more than from malaria — with most cases in India, Indonesia, China, Nigeria, Pakistan and South Africa.

While global TB rates are in decline, the disease burden is now thought to be higher than health experts had previously estimated, and will require major increases in donor funding to control, according to the World Health Organization’s 2016 TB report.

The bacterial infection can cause persistent coughing, fever and night sweats, but is usually curable.

The WHO estimates that 49 million lives were saved through TB diagnosis and treatment between 2000 and 2015.

In Ukraine, however, TB is especially dangerous due to rising levels of MDR-TB, which has a treatment success rate of less than 50 percent.

Mortality rates are high due to underdiagnosis and poor treatment, as well as increasing numbers of people infected with both TB and HIV, the WHO report suggests.

According to the first-ever National Drug Resistance survey, supported by USAID, MDR-TB accounted for about a quarter of newly diagnosed TB cases in Ukraine in 2013.

Furthermore, in 2015, 14 percent of new MDR-TB patients had extensively-drug-resistant TB, which requires even longer treatment and more expensive drugs.

Meeting these challenges will require further improvements in diagnosis and treatment, as well as access to new TB drugs, according to Olga Pavlova, former deputy director at the Ukrainian Center for Disease Control and who oversaw the nationwide introduction of e-TB Manager.

“Ukraine has a huge number of MDR-TB cases and no access to new drugs due to out of date regulations,” she said.

Isaac Chikwanha, medical adviser on tuberculosis, HIV and hepatitis C at Médecins Sans Frontières, which operates in Ukraine, said that progress in tackling TB is stalling, and that cuts will only exacerbate the problem.

“We need to be scaling up global efforts on TB — cutting funds seems like the most out of step response we could possibly come up with,” he said.

A major obstacle in current efforts is that health workers in high-burden countries are missing 40 percent of suspected TB cases, Chikwanha explained.

The fact that many TB programs are paper-based is part of the problem, since data collection can be patchy and sharing of information slow and inefficient.

The benefits of digital health systems Digitizing patient information systems through a system such as e-TB Manager can help address these problems, Konduri explained, since it enables doctors to keep better track of patients and to get a more complete picture of their medical history, something which was challenging with the old paper-based system.

The e-health system also speeds up the diagnosis and treatment timelines since laboratory results can be delivered virtually and sometimes immediately; and a patient’s complete medical history can be easily accessed electronically.

As a result of these improvements, one Ukrainian TB doctor reported a reduction of more than 50 percent in the time taken to initiate antiretroviral therapy among TB patients — from 104 days to 48 days.

“The real benefit of e-TB Manager is its ability to improve decision-making among doctors, enabling them to make faster and better informed diagnoses and treatment plans,” Konduri said.

The program has proven so successful that in 2015, USAID’s SIAPS program and MSH handed the project over to the Ministry of Health’s Centre for Disease Control (now known as the Public Health Center).

It is the only example of a digital health tool being rolled out nationwide, Konduri said. “This is one granular example of how things work; a fully institutionalized and scaled-up system — it's not a pilot, it’s fully adopted,” he said.

Pavlova, who now works for PATH Ukraine, said that due to the success of the program the country plans to introduce additional digital health systems.

“It’s a first step to implementation of a national e-health system in Ukraine — all national institutions know about the lessons learned from e-TB Manager and so they are implementing new systems in HIV service,” she said.

Furthermore, the roll out was achieved during a time of major political unrest, military conflict and socio-economic challenges, which are partly responsible for the increased TB levels in the country, Konduri said.

The impact of USAID cuts

While USAID funding for the SIAPS project is winding down, it continues to support the country’s MDR-TB efforts through Challenge TB — a project that is working to strengthen Ukraine’s national capacity in the fight against TB, improve services and introduce new medication.

“It’s not a good idea for us, because the U.S. government is the main donor in Ukraine and our main partner — if [we] don’t have this support I think we have a huge problem, not only in TB but in health and social areas in general,” she said.

“In the future we need to be more independent, but reducing financial support needs to be done slowly with a strategic plan for how Ukraine can scale-up responsibility in this area,” she added.

Konduri agreed that proposed cuts would be devastating.

“The current administration's proposed cuts in foreign aid are among the highest for Ukraine … It would be disastrous, [especially] given so much progress [has been made],” he said.

MSF’s Chikwanha added a reminder that, despite the advances, cases of MDR-TB are continuing to spiral — meaning that cuts would hit Ukraine’s health sector at a critical time.

“The bottom line is funding cuts for TB will have an impact,” he said.