June 24, 2017
KIEV, Ukraine -- Ukraine's state broadcaster said authorities in Geneva had frozen 15 million euros given by Kiev to the European Broadcasting Union (EBU) as a guarantee for the successful hosting of the Eurovision Song Contest. 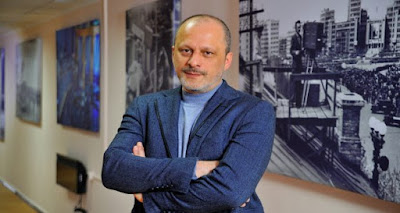 Ukraine staged the annual song fest in May.

The event caused controversy after Ukraine banned the Russian contestant from entering the country, and Russia retaliated with a boycott.

The National Public Broadcasting Company of Ukraine (UA:PBC) said it had given a 15 million euro guarantee to the EBU, which organises Eurovision, and was now due to get its money back because the event had been staged successfully.

However, the Geneva debt enforcement office has frozen this money without giving a reason, the Ukrainian broadcaster said in a statement that quoted its Director General Zurab Alasania.

"We have hired a law firm from Switzerland because we need to find out all the circumstances of the case and determine the procedure of how the arrest happened in accordance with Swiss law," said Alasania.

The EBU declined comment on Friday, saying it was an issue for the Ukrainian broadcaster.

The Geneva debt office did not provide an immediate comment.

Portugal's Salvador Sobral won Eurovision this year performing a jazz-style ballad written by his sister, taking the top spot for the first time in the country's history.