Ukraine May Legislatively Formalize Priority Of Getting NATO Membership

June 05, 2017
KIEV, Ukraine -- Verkhovna Rada Chairman Andriy Parubiy has launched an initiative to formalize at the legislative level the provisions that Ukraine's membership in NATO is a priority of the country's foreign policy. 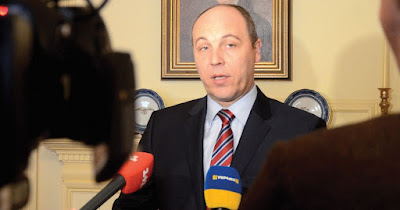 This opinion was expressed by Parubiy after he attended a meeting of the NATO Parliamentary Assembly in Tbilisi and as well as the result of his extremely fruitful communication with allies and partners from the North Atlantic alliance.

He recalled that this year Ukraine celebrates the 20th anniversary of the Charter on a Distinctive Partnership with NATO.

Parubiy said he called on the parliamentary factions to adopt bill soon.

"This is what I see as my goal as a politician and that's why I've been engaged in politics for ten years only in the pro-NATO and pro-European camp," she wrote on her Facebook page.