June 13, 2017
KIEV, Ukraine -- Ukrainian President Petro Poroshenko has signed a law banning the St. George ribbon, which is seen by many Ukrainians as symbol of Russian aggression. 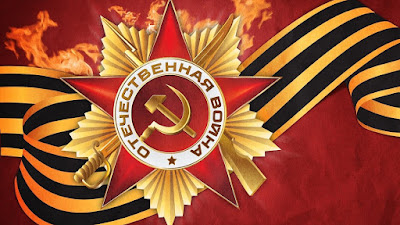 The bill Poroshenko signed into law on June 12 was adopted by the parliament on May 16.

The ribbon dates back to 1769, when Russian Empress Catherine the Great established the Order of St. George.

The medal was attached to a ribbon of black and yellow -- later orange.

In 1945, the Soviet Union resurrected the orange-and-black scheme for a medal to celebrate victory over Nazi Germany in World War II.

The colors then became part of annual May 9 Victory Day celebrations in the Soviet Union and then in Russia, and they were handed out en masse in Russia starting in 2005.

Nearly a decade later, activists supporting Russia's 2014 seizure of Crimea and involvement in a war in eastern Ukraine began using the ribbon as a symbol, and it is now widely associated with Russian interference in Ukraine.

Since 2015, Ukrainians have used a red poppy to remember the victory over Nazi Germany.

The new ban is part of a series of efforts to outlaw symbols of Soviet and Russian influence on Ukraine, including a 2015 law banning Soviet symbols and communist-era propaganda.