May 18, 2017
KIEV, Ukraine -- In 1987, the boundary between Eastern and the Western Europe was the Berlin Wall. When President Ronald Reagan called for that notorious barrier to be torn down, he initiated the end of the Cold War. 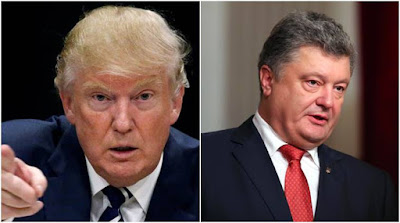 Future relations between the United States and Ukraine are new opportunities for both countries.

The Berlin Wall was much more than a physical boundary; it symbolized the sordid Soviet aggression and control over Eastern Europe, which collapsed when the Soviet Union disintegrated.

President Reagan and the U.S. policies that ensued were not only the catalyst of political change in Eastern Europe.

The U.S. was also the ongoing major force that led to the unification of Germany and the disintegration of the Soviet Union.

Today, some 30 years later, the border lines may have shifted, but they do still exist.

Today, the new boundary between the East and West lies in Ukraine's Donbass region.

It is the region of Ukraine that has fallen under Russian control in the recent years, as Russia has, again, launched an empire-building campaign in Eastern Europe and the Caucuses.

In a recent speech in Berlin at a conference that I attended, Congressman Rohrbacher (R-CA) recounted how his mentor and friend Ronald Reagan gave this famous speech, appealing to Russia's president Mr. Gorbachev, to "take down this wall."

When I spoke with the senior congressman who heads Congressional Foreign Affairs Sub Committee on Europe, Eurasia and Emerging Threats, he agreed with me that only the U.S. can encourage a peaceful solution that would reunite Ukraine.

As a Ukrainian politician, I view the future relations between the United States and Ukraine in the context of new opportunities for both countries.

U.S. action predicated on sound policy to bring peace to my country and curtail succession of Donbass and other regions in Ukraine would not only create peace in Ukraine, but it would also bring about the end of recent years' escalation of cold war type relations between the West and Russia.

U.S. leadership would bring stability in the East, a stronger economy in Europe, and it would enable Europe and the U.S. to focus their attention on dismantling the radical forces that are posing a growing threat to world peace.

The election of President Trump has brought hope to our country.

We believe he ought to do the same thing that President Reagan had done 30 years ago.

At the time, Reagan's vision seemed almost irrational, but proved timely and effective.

Today, President Trump can literally save Europe and bring about peace and economic prosperity by having the same courage and vision as Ronald Reagan had 30 years ago.

And while President Trump works to identify ways – such as this – to show his leadership around the globe, our country will look to build itself up from the tremendous, self-inflicted challenges it has faced over the recent years.

Although my country must build a new infrastructure, the stability of Europe lies very much at the hands of the U.S. - just as it did some 30 years ago, when President Reagan took it upon himself to call for Russia to pull out of Eastern Europe.

I hope that president Trump will now call for Russia to pull out of the occupied regions in Ukraine, and call off Russia's new expansion into Ukraine.