May 29, 2017
LONDON, England -- A scandal over a multibillion-pound alleged fraud at Ukraine’s biggest bank has embroiled the accountancy giant PrivewaterhouseCoopers (PwC). 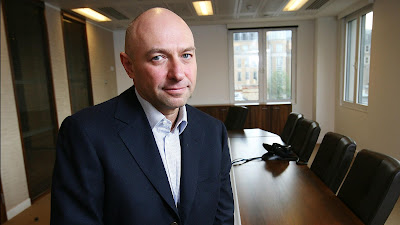 Ukraine’s central bank claims that some £4.2bn ($5.4bn) was siphoned out of Privat bank by two of Ukraine’s most powerful offshore oligarchs, Gennady Bogolyubov, who now lives in London in a £60m 10-bedroom home in Belgrave Square, and Swiss-based Igor Kolomoisky.

PwC had audited and approved the accounts without any mention of the missing money, according to Katerina Rozhkova, deputy governor of the Ukraine central bank.

She made the allegations in an interview with the television news channel Al Jazeera.

Rozhkova has threatened to ban PwC from any future audit work in the war-ravaged country.

She is expected to make a formal announcement within weeks.

“If the quality of the audit is low we can forbid the auditor from carrying out bank audits,” Rozhkova said in the interview.

“We intend to exercise this right.”

Such a move would be highly embarrassing for PwC, notorious not only for this year’s infamous mix-up at the Oscars, but also for failing to spot how Tesco overstated its 2014 profits by £250m.

The scandal would also put the spotlight on Bogolyubov, whose wealth is estimated at £1.1bn, and is among the most reclusive of London’s oligarchs.

In the UK he is best-known for setting up the Bogolyubov Foundation, which supports Jewish causes.

Privat was facing collapse because its loans to shell companies controlled by its owners had created a capital shortfall of more than £4bn.

The International Monetary Fund backed the takeover but demanded a full audit.

Following an initial examination of the accounts the then head of the NBU, Valeria Hontareva, said that 97% of the bank’s £4.2bn loans had gone to companies linked to its owners.

She added that Kolomoisky and Bogolyubov could face a criminal investigation if there was evidence that they had knowingly bankrupted the lender.

Kolomoisky has previously rejected the central bank’s assessment of the health of Privat’s loan portfolio and accused the regulator of unfairly targeting the bank.

A spokesman said: “These allegations are denied by Mr Kolomoisky.”

Vyacheslav Anishchenko, a spokesman for Bogolyubov and his foundation, said: “Due to certain confidentiality commitments, Mr Bogolyubov is not prepared to give interviews or provide comments.”

PwC said the last accounts of Privat bank that it audited, covering 2015, were qualified, meaning there were unresolved problems.

However, an examination of those accounts shows that PwC’s qualification was mainly technical, covering valuations of repossessed assets.

PwC said it had not been informed of any investigation into its audit of Privat.

“The NBU had agreed a restructuring plan with Privat bank and its major shareholders, which was to be implemented over a period of more than 12 months. We confirmed with the NBU that this plan was being implemented and was on track at the time of issuance of our 2015 audit opinion.”