May 06, 2017
KIEV, Ukraine -- Andriy Artemenko, a Ukrainian lawmaker whose plan to resolve the three-year-old conflict in Ukraine reportedly wound up on the desk of then-U.S. national security adviser Michael Flynn, has been stripped of his citizenship by presidential decree, the State Migration Service says. 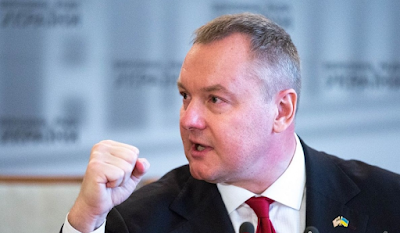 The migration service said in a statement on May 5 that President Petro Poroshenko had terminated Artemenko's Ukrainian citizenship over the lawmaker's voluntary acceptance of foreign citizenship.

Artemenko had previously acknowledged that he holds Canadian citizenship.

Artemenko's "peace plan," which calls for holding a national referendum on leasing Crimea to Russia for a period of 30 to 50 years, made headlines in February when he was quoted in a New York Times report as saying he had given the document to associates of President Donald Trump who then passed it to someone who put it on Flynn's desk.

The news caused a scandal in Kiev, and Artemenko was ejected from the Radical Party as a result.

Ukrainian investigators later opened a treason case over his actions.

After a Moscow-friendly Ukrainian president fled in the face of protests in February 2014, Russia seized Ukraine's Crimean Peninsula and fomented separatism in eastern Ukraine, where a war between Russia-backed separatists and government forces has killed more than 10,000 people since April 2014.

Russia says it will never return Crimea to Ukraine, making the idea of leasing it to Moscow improbable even if it could gain support in Ukraine, where many people would oppose voluntarily granting Russia any form of control over the peninsula.

Artemenko's plan never made it to Flynn, who was forced out in February after it was revealed that he misled Vice President Mike Pence about his contacts with Russia's ambassador to the United States during the election campaign.

He is currently under formal investigation by the Pentagon over apparently undisclosed Russian payments.

Artemenko did not immediately respond to RFE/RL's request for comment.

But when RFE/RL communicated with him via Facebook Messenger on May 2, the lawmaker did not respond directly to questions about what were then rumors of his loss of citizenship.

"Fake news destroyed careers and unfortunately kills people!!!! Still waiting official confirmation or denial from president administration on my deputy request. So will see what next..." Artemenko wrote, adding that he was in Washington, D.C.

He did not explain what the "deputy request" was.

"I have a couple of very important meetings with U.S. and Canada officials and Ukrainean [sic] diaspora," he claimed.

Asked if he was still pushing his "peace plan" for Ukraine and trying to meet with Trump administration officials, he wrote, "Exactly."

Artemenko did not say whether he would return to Ukraine.