Inside The Trump Administration's Plans To Restart Ukraine Peace Process

May 31, 2017
WASHINGTON, DC -- In their Oval Office meeting in March, President Donald Trump told German Chancellor Angela Merkel that Ukraine crisis was Europe’s responsibility and that the United States wouldn’t get heavily involved, according to two officials briefed on the discussion. 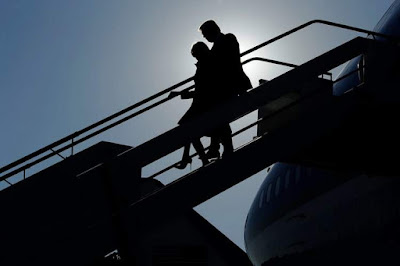 Only two months later, the Trump administration is reversing course and planning to re-engage on Ukraine in a significant way.

For Secretary of State Rex Tillerson, who is leading the behind-the-scenes effort, Ukraine is where Trump’s so-far thwarted plan to improve U.S.-Russian relations can be kick-started.

Although still in its early stages, Tillerson’s idea is to restart a version of the peace negotiations that the Obama administration was engaged in last year, hoping that new circumstances and personalities might produce better results, according to U.S. officials and outside experts.

There are skeptics across the administration who believe pursuing any type of Russia reset in a domestic political environment dominated by investigations of Russia’s interference in the U.S. political system is a fool’s errand.

But Trump and Tillerson are determined to give it try.

European officials, for their part, are cheering.

“We very much appreciate that the new administration will be more engaged in the Ukraine issue. In the beginning they seemed not to be so interested in this issue. That’s changed a lot,” German Foreign Minister Sigmar Gabriel told The Post after meeting with Tillerson on May 17.

Germany and France have been involved in what’s called the Normandy Format, an effort to implement the 2015 Minsk agreement, which is stalled due to cease-fire violations on the ground primarily by Russian-backed forces and a lack of Ukrainian political progress.

Their hope is that the United States can break the impasse.

“We know that Russia will only move if the Americans will be on board and press them to do more for a cease-fire and for a withdrawal of heavy weapons from the region,” Gabriel said.

“The Russians know that the behavior of Russia in Ukraine is a precondition to [U.S.] cooperation with Russia in other fields.”

Trump’s shift became evident on May 10, when he held a widely reported discussion with Russia Foreign Minister Sergei Lavrov and a less-noticed meeting with Ukrainian Foreign Minister Pavlo Klimkin.

“I said, fellas you got to make peace, you got to get peace,” Trump later told Fox News.

Although the White House and State Department declined to comment, U.S. officials and others confirmed that Tillerson has had multiple discussions about the way forward with Lavrov.

There is also a robust interagency process to chart the new strategy, and the office of Vice President Mike Pence is also involved.

Tillerson is looking to tap a special envoy at the State Department to manage and lead the new Ukraine effort.

That new envoy would reinvigorate the U.S.-Russian diplomatic channel with Vladislav Surkov, known as the Kremlin’s “graycardinal.”

What’s different now, officials say, is that Russian President Vladimir Putin can no longer bide his time waiting for a more favorable U.S. administration, as he did last year.

The German and French governments are not getting more Russia-friendly any time soon.

But Trump’s domestic problems due to the Russia scandal complicate everything.

Congress is chomping at the bit to apply more sanctions to Russia, not lift them.

Lawmakers in both parties are going to be hugely skeptical of any deal Trump tries to strike with Moscow.

John Herbst, a former U.S. ambassador to Ukraine, said that Trump could use the threat or even implementation of new sanctions as leverage to give Putin more incentive to make concessions.

“Diplomacy without changing the conditions on the ground is less likely to succeed,” he said.

If the Trump team sets out a principled approach based on offering limited sanctions relief only after Russia enforces a cease-fire and removes heavy weapons from eastern Ukraine, a deal might be possible, said Alexander Vershbow, a former senior Pentagon and NATO official.

“But the best way for Trump to disarm his critics would be to defy expectations and negotiate a good deal that gets the Russians out of eastern Ukraine.”

If the Trump team does its best to strike a deal with Moscow and fails, at least Putin’s true intentions will be laid bare.

Then the administration will have little choice but to pursue a path of actively pushing back on Russian aggression, increasing support for Ukraine’s government and military, and abandoning the idea of yet another Russian reset.