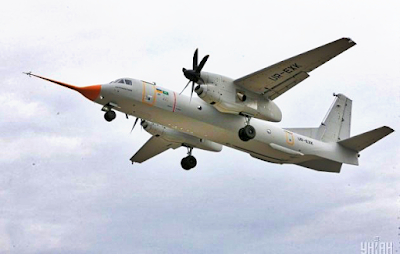 The first Ukrainian defense transport aircraft built marks a geo-political departure for the country, which has previously relied on Russian exports for its military projects.

The plane, a multirole military transport aircraft, was designed and built by Ukroboronprom subsidiary Antonov.

In a statement announcing the flight, company officials note the project was completed quickly after the program launched in May 2015.

The program marked a geo-political departure for Ukraine, which previously relied on Russian exports for its military projects.

The AN-132D is built in conjunction with several Western industrial partners from Britain, Germany, France, Canada and the United States.

The AN-132 is designed to move cargo over short and medium ranges.

It features a cruising speed of 310 miles per hour, and 9.2-ton payload capacity.