April 06, 2017
KIEV, Ukraine -- Ukraine, within the framework of countering modern cyber threats, is preparing a single national cyber security centre, which will be created with the assistance of NATO based on the experience of Turkey. 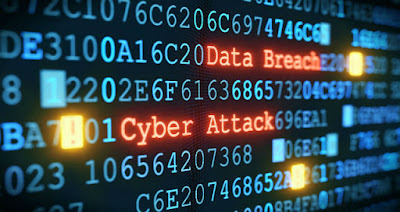 State-owned firm Ukrinmash, which is part of Ukroboronprom, is the coordinator of the project, which will be implemented with the participation of the National Technical University of Ukraine (NTU) Kiev Polytechnic Institute (KPI), the press service of the state concern Ukroboronprom said on Wednesday.

Turkish Havelsan was involved as a consultant to the project, which in Kiev on Tuesday hosted a presentation of a similar cyber centre in its country, as well as a team of DCUA 'white' hackers from the KPI, recognized as the best in the cyber security in the version of CTF (Capture the flag) in 2016.

Assistance and advisory assistance to the project will also be provided by NATO, a message says.

According to the press service, the National Security and Defense Council, the Ministry of Defense, the Security Service of Ukraine, the State Communications Committee, the Department of Cyber Police of Ukraine, the Ukrainian Cyber Security Academy, the CERT Cys Computer Emergency Response Center, and Ukroboronprom were invited to discuss the project implementation plan.

As reported, in March 2016, by the decree of the president of Ukraine, the Strategy for Cyber Security of the state was approved.

In June of the same year, the president signed a decree on the establishment of the National Coordinating Centre for Cyber Security at the National Security and Defense Council.

The center is entrusted with a wide range of tasks to counter potential and real threats in the field of cyber security of the state, taking into account international experience in this field.

In the fall of 2016, the state company Ukrinmash, a part of Ukroboronprom, and Turkish Havelsan Hava Elektronik Sanayi, signed an agreement on the joint development of radio technical reconnaissance (RTR).