Ukraine PM Promises Reforms Will Kick In This Year

April 06, 2017
KIEV, Ukraine -- Volodymyr Groysman, Ukraine’s prime minister, promised that his citizens will finally reap the benefits of economic reforms this year in an interview with the Financial Times published Wednesday. 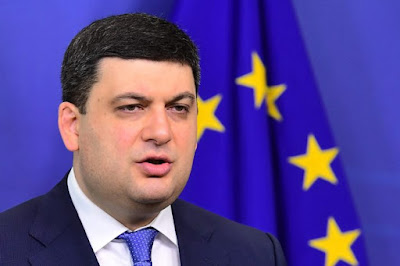 “The people will feel it, or God forbid we will fall back into stagnation,” Groysman said.

For the past three years, Ukraine’s pro-Europe government has implemented austerity measures such as raising gas prices in a bid to get its economy back on track.

While real economic output decreased by 17 percent for the first two years, it grew by 2.3 percent in 2016, according to the FT.

Groysman said the International Monetary Fund’s decision to release a $1-billion tranche of its bailout package was a “scorecard of recognition of the progress that has been achieved.”

Groysman acknowledged there is more work to be done, including on Ukraine’s pension program, its agricultural land market and corruption.

But he said the crisis in eastern Ukraine and the assassination of Denis Voronenkov, a former Russian MP, in Kiev last month was “Russian propaganda at work.”

Ultimately, he said, “Proof of change must be foremost judged by whether it is felt by the people.”