Ukraine Plans To Launch Telecom Satellite In Fourth Quarter Of 2017

April 06, 2017
KIEV, Ukraine -- Ukraine's State Space Agency Chairman Yuriy Radchenko said that Ukraine is expected to carry out launch of a telecommunications satellite in the fourth quarter of 2017. 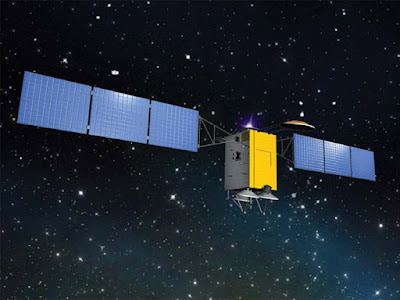 Ukraine is expected to carry out launch of a telecommunications satellite in the fourth quarter of 2017, Ukraine's State Space Agency Chairman Yuriy Radchenko said at the Space Symposium on Tuesday.

"For the current year, the task for Space Agency of Ukraine is launching off a telecommunications satellite which currently is planned for the fourth quarter of the current year," Radchenko stated in Colorado Springs.

Radchenko noted that the agency also plans to launch two satellites in 2018.

"According to our program for the next year, we are planning to launch two satellites which are currently under the development," he announced.

"One satellite is for remote sensor purposes, and the other is for scientific purposes."

Moreover, the chairman said that in 2018 Kiev will be a new space program aimed at developing a constellation of remote sensing satellites.

He stressed that the agency is going to use all Ukrainian technology for the program.

"Also within our space program from 2018 to 2022, we are planning to create a family of space launch vehicles," he added.

Radchenko noted that Ukraine is actively cooperating with the European Space Agency in order to become its member.