Supporting The Volunteers On Front Line Of Ukraine Conflict

April 21, 2017
KIEV, Ukraine -- International Alert is equipping charity workers and volunteers in Ukraine with skills so they can provide much needed psychological support for people affected by the conflict. 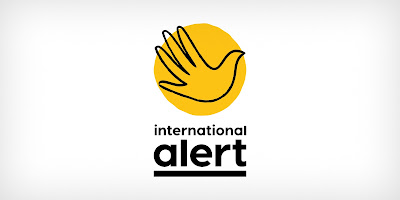 A group of 30 volunteers who are working in areas close to the confrontation line in East Ukraine are taking part in a series of training weekends in a village close to Kiev, the capital.

These sessions help them to deliver psychological first aid to those caught up in the violence – particularly displaced people, children and vulnerable families.

The weekends also encourage volunteers to learn from one another’s experiences and develop fresh ideas.

Some 10,000 people have been killed in the conflict in Ukraine since early 2014, and more than double that number have been wounded, most of them civilians.

The conflict has also left over 1.2 million internally displaced and forced nearly 800,000 to flee their country.

Although the intensity of fighting in eastern Ukraine has fallen in the past two years, military and civilian casualties are still reported every week.

Local volunteers have in many cases been leading the response to this crisis, reacting quickly to provide victims with humanitarian and psychosocial support, often with little government or international backing.

“I travelled to the workshop emotionally exhausted, tired of war and the regular echo of military actions close to Mariupol”, said Larisa Cahovets, whose home city in South-East Ukraine is close to the confrontation line.

“The warm reception by the organisers, professionalism and general willingness to share their experiences, and atmosphere of friendship among all of the participants restored my inner resources… I got the set of new tools and techniques that I happily apply in practice.”

Peacebuilding, to have any sustainable long-term effect, has to be home-grown.

That’s why we are also supporting over 20 civil society groups across Ukraine with small grants so they can develop their own peacebuilding projects.