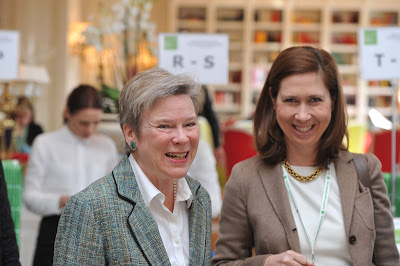 Speaking at the Taras Shevchenko National University of Kiev, she said a recent meeting of the NATO-Ukraine Commission underscored the Alliance’s ongoing and steadfast support for Ukraine’s sovereignty and territorial integrity.

The Deputy Secretary General said Ukraine is a valued NATO partner and that, “NATO does not, and will not, accept Russia’s illegal and illegitimate annexation of Crimea. And we condemn Russia’s ongoing destabilization in eastern Ukraine.”

Ukraine has been an important NATO partner for many years, having joined the North Atlantic Cooperation Council in 1991 and NATO’s Partnership for Peace program in 1994.

Ms. Gottemoeller said the country is making a great deal of progress on its reform agenda and it could rely on NATO’s continued support on this issue.

Among them is the Medical Rehabilitation Trust Fund, which provides support to wounded soldiers as well as to hospitals and physicians.

In September, a Ukrainian team of athletes whom NATO helped to rehabilitate will compete in the 2017 Invictus Games in Toronto.