March 29, 2017
BRUSSELS, Belgium -- The commander of US forces in Europe said Tuesday that United States should consider arming Ukraine with defensive weapons as it fights Russian-backed rebels in the country's east. 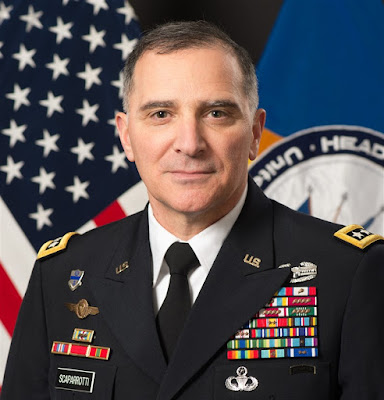 Ukraine has long sought supplies of US weapons, but was rebuffed by former president Barack Obama's administration, which sent US military personnel to train Ukrainian forces instead.

"I personally believe we need to consider lethal defensive weapons for Ukraine," Army General Curtis Scaparrotti, who is NATO's supreme allied commander and head of the US European Command, said.

In testimony before the House Armed Services Committee, Scaparrotti described the rebels as a "lethal tough enemy."

"The Russians provide some of their newest equipment in order to test it," he told the lawmakers.

The Russians notably have tested the use of drones to provide lethal targeting data to artillery units, he said.

Ukraine and the West accuse Russia of masterminding the rebellion, a charge that Moscow denies.

More than 10,000 people have been killed since the conflict began in April 2014.

Scaparrotti's remarks came ahead of a meeting in Brussels Thursday between NATO ambassadors and the Russian envoy in a new bid to ease tensions, including over the crisis in Ukraine.

NATO has suspended all practical cooperation with Russia over its role in Ukraine.

On Friday, the foreign ministers of the 28-nation NATO alliance are scheduled to meet in Brussels, marking the first time US President Donald Trump's secretary of state, Rex Tillerson, will attend the talks.