Ukraine And The Cult of ‘Resolve’

March 22, 2017
WASHINGTON DC, USA -- Anders Fogh Rasmussen makes a dubious claim and offers an even worse recommendation: Moscow has remained in the Donbass because the West has allowed it to. The U.S. can demonstrate Western resolve by ramping up sanctions on Moscow and increase the cost of Russian interference by supplying defensive weapons to Ukraine. 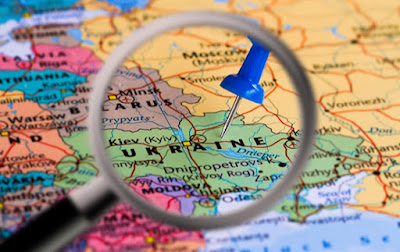 The first sentence greatly exaggerates the degree to which “the West” can control events in foreign conflicts, and it obscures that the measures that would be required to try to force Russia to halt its interference in Ukraine would be much more costly and dangerous than the ones Rasmussen suggests.

It ignores the possibility that it might not be possible to force an end to their interference at anything like an acceptable cost.

To say that Western governments have “allowed” Russia to continue its interference takes for granted that they have a way to disallow that interference, but that doesn’t spell out that even trying to do this would require far deeper direct involvement in the conflict at much greater risk to ourselves than anyone is seriously willing to contemplate.

Rasmussen treats a difficult political and military problem as if it were simply a matter of having enough “resolve,” and ignores the enormous risks that trying to compel another state to do as we would like.

The proposed measures – more sanctions and arming Ukraine with so-called “defensive” weapons–cannot force a change in Russian behavior, but they can intensify the conflict and get more people killed.

Western governments can “demonstrate resolve” all they like, but it isn’t going to resolve a conflict where Russia’s perceived interests will always be far greater than ours.

Unknown said…
I do support Mr.Rasmussen's position because Russia's actions in direct relations with its financial means. The more sanctions on Russia means less resources they have for conflict's escalation, and this is the fact. So, all these proposals such are the similar to the proposals that being used to appease Hitler make NO sense.
Bully will come down only if they see the sufficient strength that they are against.
This is the fact of life. Ask any psychologist and he or she will tell you.
Wake up America!
11:33 PM