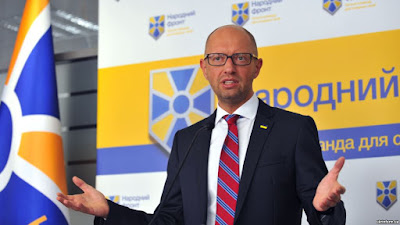 According to the court's March 27 statement, an international warrant for Yatsenyuk's arrest has been in effect since February 21.

Russia wants to try him on charges of participating in an armed group in the Russian North Caucasus region of Chechnya in the mid-1990s and fighting against Russian troops.

Yatsenyuk confirmed that the Ukrainian government told him of the warrant against him in a post on Facebook on March 27.

He dismissed the allegation, saying that "hatred and total absurdity are the foundations of [Russian President Vladimir] Putin's regime."

At the time, Yatsenyuk's spokeswoman said that Russian officials should have their heads examined.