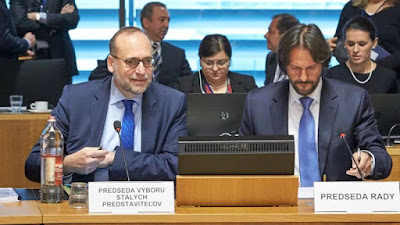 Visa-free travel was part of an EU-Ukraine partnership accord signed in 2014, when the country, a Soviet-era satellite, angered Moscow by casting its lot with the West.

In return for closer political and economic ties, the EU has demanded civil society reforms to root out corruption and ensure Ukraine rights and democratic standards match those in the bloc.

A statement said the 28 EU member states had agreed visa-free travel for EU and Ukraine citizens for stays of not more than 90 days in any 180-day period as all requirements had been met.

Ukrainian President Petro Poroshenko wrote on Twitter he welcomed this “long-awaited decision” and called on the EU to introduce the visa-free regime “without further delay”.

“Credible reform is the right path and should be encouraged,” Peter Javorčík, Slovak ambassador to the EU and whose country currently holds the bloc’s six-month rotating presidency, said in the statement.

“I am also delighted that our decision is able to send a positive message in the run up to the EU-Ukraine Summit on 24 November,” Javorčík added.

The proposal now goes to the European Parliament for approval.

Ukraine crisis has plunged EU ties with Russia into a deep freeze, with Brussels imposing a whole series of economic and other sanctions against Moscow for supporting the rebels and over its annexation of Crimea.

fernando said…
When will it be adopted in the European Parliament? When will the visa exemption be effective?
2:39 AM