'Ukraine Is On France's Priority List'- French Ambassador In Kiev 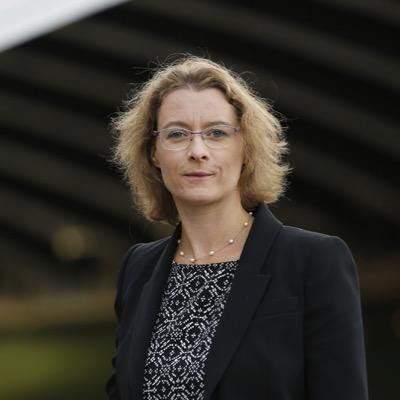 Isabelle Dumont, the French Ambassador to Ukraine, insists contrary to the generally-held view, the current situation in Ukraine and support for Kiev are among the highest commitments of the French officials.

During the presentation of the Institute of World Policy's research dedicated to Ukraine-France relations Ms. Dumont said:

"The study says that Ukrainian question is among 10 top priorities for France. I disagree with that because Ukraine is among the 5 key issues," Dumont underlined.

The French Ambassador also highlighted that France has been a strong supporter of Ukraine for many years.

She also stressed that this fact quite often remains unnoticed in Ukraine.

"The role of France is somehow forgotten, especially when speaking about the Association Agreement," Dumont said.

In 2008, in terms of the E.U.-Ukraine Summit in Paris, the French presidency suggested to call the Ukraine's agreement with the E.U. as the Association Agreement.

"I'm also not sure whether the Ukrainian society knows that France was the 2nd largest contributor to the construction of the new safe confinement [in Chernobyl], and that the French company was engaged in the construction. These are only the events of the recent years," the Ambassador added.

Unknown said…
It would be helpful in better understanding the extent of French support for Ukraine (and the priority it holds in French thinking) if France were to provide a copy of its "diplomatic note" agreeing to unilateral security assurances for Ukraine on the same day that the infamous Budapest Memorandum was signed. It simply appears to be unavailable on the internet.

Perhaps that will clear up some misunderstanding that Ukrainians have. For example, both France and Germany prevented the U.S. from providing a clear path to NATO accession through a ("Membership Action Plan"). I would think that France, having provided its unilateral security assurances in exchange for Ukraine's nuclear arms, would have been a strong advocate of Ukraine's entry into NATO....a very appropriate way of putting into action its "assurances" (or, as some undiplomatic and unrefined Americans like to say it: "putting their money where their mouth is").

But we can overlook all these minor issues. The more important point here is that France was the second largest donor to providing a secure casement for Chernobyl. The fact that a France company received the construction contract is, of course, mere coincidence and a distraction.
10:13 AM