June 26, 2016
KIEV, Ukraine -- Ukraine said on Saturday that it had detained two alleged Islamic State militants from Tajikistan and planned to foment a ‘revolution’ in their homeland. 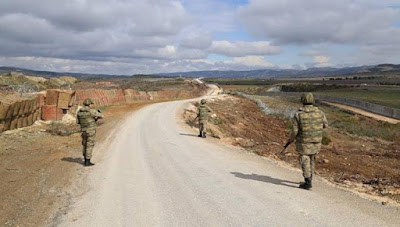 The Ukrainian state border service said that the two Tajik nationals were stopped after they arrived from Istanbul on Friday in the eastern city of Kharkiv and that both men were on an Interpol wanted list.

"The border guards searched them and found video tutorials in Arabic language with instruction for the manufacture of explosive devices," the border service said in a statement.

According to border guards, the detained pair told them ‘they had planned a religious revolution in Tajikistan.’

The SBU national security service said that both the men ‘were trained in IS camps and afterwards fought in Syria’ and could be handed over to Tajikistan.

The authorities of Central Asian Tajikistan say some 1,000 citizens have abandoned their homeland to join the Islamic State militant group.

Officials in crisis-hit Ukraine have reported the detention or expulsion of more than 30 alleged IS supporters from the country since March.

Tajikistan has faced international criticism for its crackdown on religious groups and political opposition in the country, as President Emomali Rakhmon seeks to bolster his two-decade rule.