May 13, 2016
KIEV, Ukraine -- Ilmi Umerov's arrest follows a string of arrests of Crimean Tatars on the peninsula, since the Russian occupation. 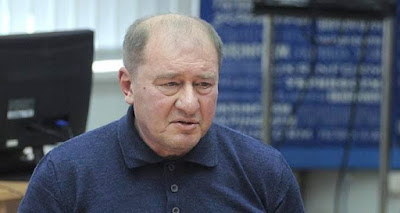 Ukrainian prosecutors have initiated a criminal investigation into the arrest of Mejlis leader Ilmi Umerov in Russian-occupied Crimea.

"It is established that Russian FSB security service searched the home of Ilmi Umerov, the Deputy Chairman of Crimean Tatars Mejlis, and arrested him, in violation of the Ukraine's Constitution", the Prosecutor's Office report.

He was forcibly taken from his home and brought to the local FSB office in Simferopol.

Later he was notified he was prohibited from leaving Crimea.

This arrest followed a long streak of similar detentions of Crimean Tatars.

Ukraine and E.U. have repeatedly called on Russia to stop violating the human rights of local citizens.