January 22, 2016
KIEV, Ukraine -- Ukrainian prosecutors have launched a criminal investigation into the online publication by U.S. drinks companies Coca-Cola and Pepsico of a map that showed Crimea as a part of Russia, a Ukrainian lawmaker said on Thursday. 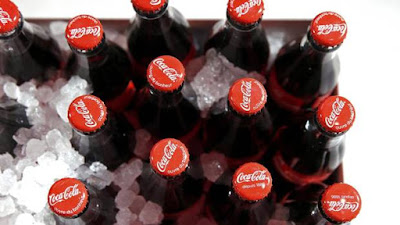 Coca-Cola last month said that the map had been changed by an advertising agency without Coca-Cola’s approval.

Russia annexed the peninsula from Ukraine in March 2014, leading to condemnation from Western governments and the imposition of economic sanctions on Russia.

Ukraine and most other countries have refused to recognise the annexation.

Coca-Cola last month said that the map, which appeared on Dec. 30 on Coca-Cola’s page on VKontakte, a Russian social networking site similar to Facebook, had been changed by an advertising agency without Coca-Cola’s approval.

Georgy Lohvinsky, a lawmaker from the party of Prime Minister Arseny Yatseniuk, quoted an official letter sent to him by the prosecutors’ office, stating that “officials of Coca-ola company and Pepsico abused their powers, which caused significant damage to Ukraine’s interests”.

The letter said that the maps were posted on the official websites of Coca-Cola and Pepsico.

“Officials of Coca-Cola and Pepsi can go to prison. Prosecutors of Crimea have started criminal proceedings under Part 1 of Article 364-1 of the Criminal Code of Ukraine,” Lohvinsky wrote on Facebook.

This article cited by Lohvinsky allows prosecutors to arrest suspects for up to three months.

The prosecutors’ office, Coca-Cola and the Ukrainian office of Pepsico did not respond immediately to a requests for comment.