January 03, 2016
KIEV, Ukraine -- Ukraine announced it would introduce a number of bans on food imports from Russia. 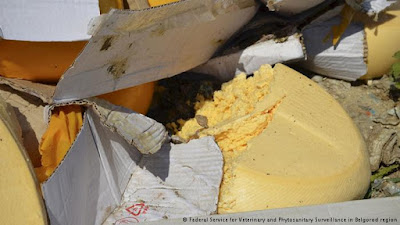 The move is seen as a response to Russia's ban on food products from Ukraine.

The decree published on Ukraine's government website on Saturday said that the imports from Russia would be banned as of January 10.

The sanctions include meat, fish, and dairy products as well as vegetables and fruit.

The tit-for-tat move came after Ukraine decided to implement a free trade pact with the EU despite Russian opposition.

Russian officials said, however, that the ban on Ukrainian food imports were only necessary to protect its internal market, claiming that European products could reach Russia by way of Ukraine without paying import duty.

Russia and Ukraine banned each other's airlines to fly between the two countries several months ago.

Ukrainian government spokeswoman Natalia Mikolskaya said that Ukraine would revoke the decision if Russia decided to change its mind and waive its import sanctions, which at present are due to last at least until August 2016.