January 18, 2016
KIEV, Ukraine -- Delta Bank was a rising star in Ukraine’s financial industry, the country’s fourth-largest bank by early 2014 with more than 200 branches and $5 billion in assets. 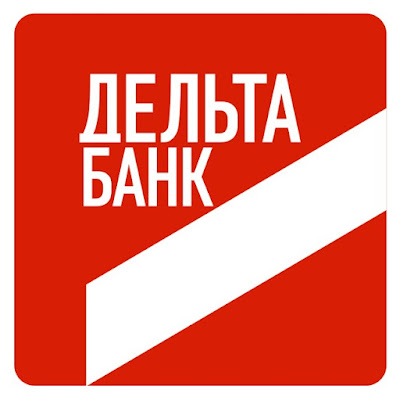 The logo of Delta Bank, a star that fell in Ukraine.

On its website, Delta billed itself as an “expert in the field of consumer credit.”

The site noted, too, that the bank was essentially 30 percent owned by Cargill Financial Services, a small global arm of the agribusiness giant.

Delta’s depositors have been fully repaid.

And Delta Bank is the target of a Ukrainian criminal investigation over potential fraud.

It appears Cargill was able to divest itself of any interest in Delta before the failure, but the company’s Ukrainian banking foray offers a cautionary tale of international business risk.

Minnetonka-based Cargill had about $100 million tied up in Delta and more than $100 million in Nadra, another Ukrainian bank that eventually failed.

But it ended up restructuring soured credit, sometimes negotiating Ukraine’s political labyrinth to get the job done.

“Cargill has been a lender of record to financial institutions in the Ukraine,” the company said in a statement to the Star Tribune.

“It became a challenge post-financial crisis to get our value out.”

Ukraine is one of the world’s greatest granaries, so naturally Cargill, a grain industry titan, would want to invest there, and it has since the early 1990s.

But Ukraine has been in political and economic chaos on and off since 2008, a situation made considerably worse by Russia’s incursion the past two years.

Foreign investments have been among the casualties.

Cargill’s biggest loss came in the summer of 2014 when its sunflower-processing plant in the eastern Ukraine city of Donetsk was struck by a missile and occupied by pro-Russian troops.

The company still hasn’t regained control of the plant.

Cargill’s stumbles through the roller-coaster Ukrainian banking business have been behind the scenes.

The promise of Delta

Kiev-based Delta Bank, founded in 2006, was for a time an aggressive lender run by Nikolay Lahun, a boyish forty-something CEO with a sweeping head of hair and a background in accounting and economics.

Delta weathered the 2008 and 2009 financial crisis that pummeled banks in Ukraine and across the world, and Lahun then steadily grew Delta’s loan base.

He owned 69.9 percent of Delta’s shares, according to the bank’s website, which also said that Cargill Financial Services owned a “material stake equal to 30.1 percent in the bank’s capital.”

In the Ukrainian press, Cargill’s Delta investment has been commonly reported as equity.

Cargill said it wasn’t an equity investor in Delta or any Ukraine bank, but a creditor instead.

Cargill said its relationship with Delta began when the bank picked up the remnants of Ukrprombank, a Ukrainian bank that failed in 2010.

A Cargill loan to Ukrprombank was transferred to Delta.

Cargill says Delta’s equity was collateral for its credit.

Cargill never had a hand in managing the bank nor did it appoint any directors or have “insight into what Delta Bank may have been doing or may have not been doing,” said spokeswoman Lori Johnson.

Cargill’s credit to Delta “was used by the bank for its customers’ financing needs for imports into and exports out of Ukraine.”

Delta used some of the credit to help finance Cargill’s own customers, she said.

The arrangement with Delta was similar to those at other Ukrainian banks, Johnson said.

Ukraine’s economy and its banks went into a tailspin after a popular revolution in early 2014 ousted President Viktor Yanukovych and led to an ugly conflict with Russia.

Amid the chaos, the Ukrainian currency — the hryvnia — crashed, inflation sharply increased and bank depositors got nervous.

Delta — facing liquidity problems — was thrown lifelines by the National Bank of Ukraine, the country’s central bank, which doled out about $210 million in loans to Delta.

The National Bank of Ukraine castigated Delta for poor loan quality and an aggressive push into corporate banking, where it lacked experience.

“The principal shareholder and the management team of Delta Bank have opted for a high-risk strategy of rapid growth through the acquisition of low-quality assets,” the National Bank concluded.

“Prior to Delta Bank being declared insolvent, Cargill sold its economic exposure in Delta Bank to counterparties who themselves owned Delta Bank loans,” Cargill said in a statement.

Basically, Cargill said some of Delta’s borrowers purchased the debt that Delta Bank owed the company.

Those borrowers, through Delta’s liquidation process, are trying to offset the debts they owe Delta with the money Delta now owes them — i.e., the money Delta formerly owed to Cargill.

Regarding its Ukraine bank investments generally, Cargill said in a statement it has “worked with governments and other lenders to find ways to achieve restructuring so as not to lose our principal.”

While Cargill has taken some losses from Ukraine bank exposures, “the amounts were not material,” the company said.

It’s not clear how much money individual Delta depositors have gotten back, and criminal accusations have been leveled at the bank.

Contradicting messages from government agencies on how much of the bank deposits are covered by insurance, along with a slow payout of funds, resulted this fall in public protests and an electronic citizen’s petition to Ukraine President Petro Poroshenko signed by 28,424 people.

Ukraine’s deposit insurance fund, in an e-mail to the Star Tribune, said that, as of Jan. 1, 95 percent of the deposit amounts covered by insurance have been paid.

A significant amount of the deposits, though, are not covered.

A July ruling from a court in Kiev indicates that investigators were looking into the possible theft of government funds used to help refinance Delta Bank.

Investigators planned to review financial dealings from 2012 and 2015 between Delta and over a dozen business entities, including one named “Bonnie & Clyde.”

Cargill says that to its knowledge, it’s not under any criminal investigation involving Delta Bank.

Caught up in Nadra’s woes

Before Delta’s unwinding, Cargill had its share of headaches with another Kiev-based bank, Nadra, which was declared insolvent and liquidated last year.

As measured by assets, it was Ukraine’s eighth-largest bank.

Cargill provided credit to Nadra back in the early 2000s, money to be used for trade finance.

The bank ran into trouble after the 2008-2009 global financial collapse and Ukrainian banking regulators put it under temporary administration.

One of the bank’s biggest concerns at the time was restructuring its trade finance debt, which included $125 million owed to Cargill, according to a U.S. State Department cable, which is among 250,000 such cables published by WikiLeaks in late 2010.

Nadra’s temporary state administrator had been unable to quickly restructure the trade debt, apparently exacerbating a rift between the National Bank of Ukraine and the government of Yulia Tymoshenko, then Ukraine’s prime minister, according to the October 2009 cable.

Cargill was “concerned that it was caught up in the midst of bickering” between Tymoshenko’s government and central bank officials allied with Tymoshenko’s rival and Ukraine’s president at the time, Viktor Yushchenko, according to the same cable.

Still, a deal was eventually worked out in 2010, and Cargill at that time appears to have largely gotten out of Nadra.

Cargill remained a “creditor of record” when Nadra failed in 2015, Johnson said.

But by that time, its exposure was negligible.