Breaking The Bribe Culture Is Still A Challenge For Ukraine

January 27, 2016
KIEV, Ukraine -- The manager of Danone Nutricia in Ukraine cannot for legal reasons say whether the Ukrainian tax authorities demanded bribes to drop an audit into his business. 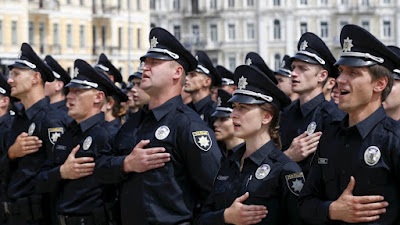 But he has one word to describe their aims and methods: "Mafia."

Though it has been in Ukraine since 2001, the company, a subsidiary of French food group Danone , was handed a 15-20 percent higher tax bill after auditors spent five weeks looking for minor clerical errors in its accounts.

Manager Tahsin Yasin said the audit, which the company is contesting, made him realize the government's much-vaunted reforms were off-track, a gloomy prospect for a country battling an economic crash and a separatist war.

Since coming to power in 2014, the pro-Western government has pledged to stamp out the systemic graft that flourished under former president Viktor Yanukovich and kept Ukraine hooked on Russian money and cheap gas.

But for many, corruption has stayed the same or even got worse, eroding public support for the authorities, deterring foreign investment and causing Ukraine's Western backers to question Kiev's ability to deliver real change.

Failure to stamp out graft threatens to derail a $40 billion aid-for-reforms deal championed by the IMF, the European Union and Washington, which keeps the economy afloat as Ukraine battles pro-Russian separatists in the east.

"Illegal tax collection did happen under Yanukovich. Luckily it didn't affect us then, but they are targeting us now despite supposed reforms," Yasin told Reuters in an interview.

"We are dealing with a completely unprofessional mafia who are there simply to extort as much as they can while in office," he said.

The state fiscal service did not respond to a request for comment.

The story echoes the experience of several companies spoken to by Reuters, who say organized graft has given way to a free-for-all where bureaucrats grab what they can, while they can.

In Ukraine, companies can slash their tax bills in exchange for smaller sums of cash under the counter.

A chief executive of a large agricultural company told Reuters his firm had lost a court case because he had refused to pay the judge $30,000.

"The system of corruption has become more chaotic, more haphazard. Before, some issues could be resolved without money, but now these options don't exist – everyone is on the take," the director of a large industrial company told Reuters.

A November business survey by the American Chamber of Commerce in Ukraine found 73 percent of respondents did not think corruption had decreased under the current leaders.

What's more, public perception of graft has worsened, a worrying sign for a government that swept to power after violent street protests against sleaze under Yankovich.

Last September 40 percent of people said they had experienced corruption in the previous 12 months, compared with 37 percent in April 2014, according to an IFES poll.

"At the middle level, the situation has not changed and I am not going to put up with that," he said at a news conference in response to a Reuters question.

Asking for patience, he said:

"if you sow potatoes and dig them up again immediately, you won't see a result."

The government has made a visible effort to cleanse the stables, bringing in respected foreigners to run key ministries, cleaning up the administration of the loss-making energy giant Naftogaz and curtailing corrupt bank lending.

Another new feature is the introduction of thousands of U.S.-trained traffic police to cleanse a body once notorious for being on-the-take.

They now don't take bribes, and citizens who try to pay them face punishment.

However, these changes are not enough as long as thousands of lower-ranking officials in Soviet-style state institutions feel safe from scrutiny.

"There is a big gap between the top level, where the situation is improving and the lower and lowest administrative levels, where the situation hasn't changed or even worsened," the business ombudsman for Ukraine's anti-corruption initiative, Algirdas Semeta, told Reuters.

"There have been complaints from businesses that even when they pay bribes, they don't get the services they expected."

There is hope that a newly formed National Anti-Corruption Bureau will improve accountability and help eliminate graft, while parliament is due to debate new laws to make it harder for judges to take bribes with impunity.

However, U.S. Vice-President Joe Biden in December warned Ukraine that Washington's patience was running out.

"Companies like ours want to invest and grow in Ukraine, but we simply don't have the confidence to do so in the absence of a stable, political and legal framework which will allow us to operate," he said.