Russia And Ukraine Finally Break Up

December 31, 2015
BERLIN, Germany -- Russia and Ukraine have spent most of their post-Soviet history as Siamese twins, but for the last two years they've been undergoing political and economic separation surgery. 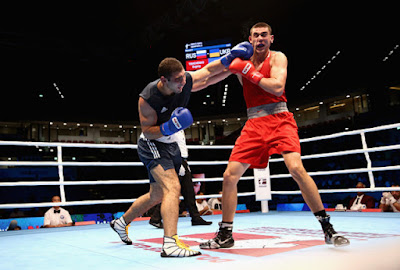 It will probably be more or less complete in 2016, and though both twins are in for a grim period, the weaker one, Ukraine, has the better prospects in some ways.

Ever since Ukraine declared independence in August 1991, it sought to establish an identity that would set it apart from Russia.

Its second president, Leonid Kuchma, even published a book called "Ukraine Is Not Russia" in 2003.

In practice, however, Ukraine kept following its bigger neighbor even through its failed Westernization period of 2005 to 2010.

It inherited the same basis for its legal system and government -- the Soviet bureaucracy -- and even attempted reforms often imitated Moscow's moves.

When I moved from Moscow to Kiev in 2011, I felt no discomfort: Everything, from bureaucratic procedures to the pervasive corruption that made a mockery of them, was largely the same in the two countries.

In 2013, its trade turnover with Russia, at $31.8 billion according to the official Ukrainian statistics agency, reached 28 percent of its total trade.

For Moscow, Ukraine wasn't as important, but it was still its fifth biggest trading partner with a 5 percent share of turnover.

That last peaceful year, 6.1 million Ukrainians, out of a total population of 45.5 million, visited Russia, about two-thirds of them to work.

Russian rulers got used to this.

Even this year, Russian President Vladimir Putin contended that "Russians and Ukrainians are one nation."

It's no longer true:

The last two years, since Ukraine's "Revolution of Dignity," the Russian annexation of Crimea and the Russian-backed insurgency in eastern Ukraine, have seen perhaps the biggest breakup between neighboring, closely interconnected countries in post-World War II history.

In 2014, only 4.6 million Ukrainians traveled to Russia -- less than two-thirds as many as to Poland.

This year's statistics are not in yet, but another drop in travel to Russia is highly likely, because Moscow has been tightening regulations to make it harder for Ukrainian migrant workers to stay indefinitely and because, as of last summer, there are no more direct flights between the two countries.

Besides, starting in mid-2016, Ukrainians will be able to travel visa-free to the European Union, which will likely make travel to Europe vastly more popular.

As for bilateral trade, it has plummeted:

Though both Russia and Ukraine have suffered declines in international trade because of sharply devalued currencies (the ruble has lost 20 percent of its value against the U.S. dollar this year, and the hryvnia lost 34 percent), the decline in exports and imports between the two countries has been more pronounced than with the rest of the world.

For example, Ukraine's exports to Russia stood at 44 percent of the 2014 level in the first 10 months of this year, while total exports were at 67 percent.

Ukrainian businesses have fought to maintain sales to Russia, using a free economic zone in Crimea that the two countries quietly maintained as a window for cheap Ukrainian food.

In the fall of 2015, though, Crimean Tatar and right-wing Ukrainian activists cut off the traffic, and Kiev decided against interfering.

On the import side, Russian natural gas supplies have shrunk because much of Ukraine's energy-intensive industry is in the war-torn east, the winter has been mild and the government has managed to secure alternative supplies from Europe.

The two countries will keep fighting about the annexed territory, the status of the rebel-held regions, and the $3 billion debt to Russia that Ukraine recently refused to honor, but these festering disputes are just the anticlimactic aftermath of a process that has been more drastic than any divorce.

Both have been painfully depleted by the surgery.

Economically, Russia suffered much more from a low oil price than from the economic sanctions imposed for its treatment of Ukraine -- those have mainly forced its mammoth state firms to deleverage and cut useless projects.

Yet in response to the sanctions, the Putin government shot itself in the foot, imposing a food embargo on Western countries.

The decision has been a disaster:

Import substitution has failed to materialize because of an oppressive business climate, and the restrictions on imports have crushed the retail sector.

Retail sales were down 13 percent year-on-year in November.

Russia's GDP will go down by 3.8 percent this year, according to the Bloomberg consensus forecast, and the Kremlin's ham-handed response to Ukraine-related ostracism is probably as much to blame for this as cheap oil.

It has hastened the end of the consumption-driven growth model that sustained Russia through the last decade.

Ukraine, for its part, has lost about 3 million residents compared with 2013, despite one of the worst natural population growth rates in the world.

The Crimea annexation is mainly to blame.

Ukraine also saw a 20 percent decline in industrial production, largely because the factories in the east stopped working.

This, of course, is a disaster for a country that was poor to start with and that is now the poorest in Europe.

Yet there is one good reason to believe the steep fall has bottomed out:

Russia has no appetite for further military adventures in Ukraine.

Though this year, the Bloomberg consensus forecast is for a 10.7 percent economic decline, economists believe Ukraine will grow 1.4 percent next year.

For Russia, a 0.2 percent decline is forecast.

For Russia, the economic bottom is still nowhere in sight, and the government has no good ideas on how to fix the economy during a commodities downturn.

Isolation and repression will remain the key words of 2016, as Russians' patience is further tested with the decline of the consumer economy they've grown used to.

While Russia will remain a much wealthier, stronger country than Ukraine in 2016, Ukraine will be on a relative upswing even if it fails to do anything about its stifling corruption and incompetent governance.

It still has support from the International Monetary Fund, despite recent squabbles over the 2016 budget and new tax laws, and it has agreed debt reductions and delays with most of its creditors.

The abolition of European visas will also provide a much-needed morale boost.

Russia, of course, is far from a lost cause:

It has rebuilt itself after worse crises.

Neither is Ukraine a likely big winner:

Its political and economic fabric may be too rotten for redemption.

In 2016, however, Ukrainians have more to look forward to than Russians.