Putin Says Will Not Abandon Russians In Ukraine To Nationalists

December 22, 2015
MOSCOW, Russia -- Russian President Vladimir Putin said Moscow would not abandon Russians living in southeast Ukraine to Ukrainian nationalists, RIA news agency quoted him as saying in a documentary due to be broadcast later on Sunday. 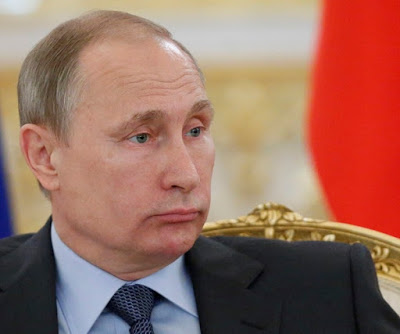 The master of the "Evil Empire".

More than 9,100 people have been killed in fighting in eastern Ukraine between Russian-backed separatists and Ukrainian troops since April 2014.

Moscow says Ukrainian nationalists pose a threat to ethnic Russians and Russian-speaking Ukrainians in the region.

According to RIA, Putin also said Russia would continue to improve its nuclear arsenal, but added that it would not wield the "nuclear big stick."