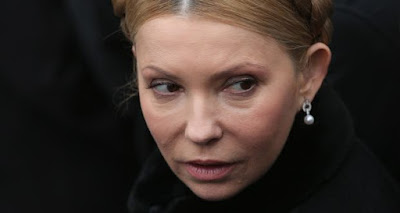 Former Ukrainian prime minister Yulia Tymoshenko. She and her party were trounced in presidential and parliamentary elections last year.

For years the face and the clearest voice of opposition to Russian-backed president Viktor Yanukovich, Tymoshenko may have expected to return to power in Ukraine when he fled to Russia amid deadly protests in February 2014.

But on her return from a prison term to a Kiev bloodied but unbowed by the death of protesters on Independence Square, she was jeered by crowds who saw her and Yanukovich as belonging to the same corrupt political elite.

She and her party were trounced in presidential and parliamentary elections last year, but the failure of head of state Petro Poroshenko and prime minister Arseniy Yatsenyuk to fulfil their promises has given her yet another political chance.

Most analysts support the general public’s view that desperately little has been done to fulfil the main ambition of Ukraine’s revolution – to radically overhaul politics and business to make them cleaner, fairer and more transparent.

Most of the blame for this has fallen on Yatsenyuk, whose alleged protection of wealthy cronies has appalled Ukrainians at a time when his government is imposing painful cutbacks demanded by international lenders.

With surveys putting support for Yatsenyuk’s People’s Front party at about 1 per cent – after taking 22 per cent in a parliamentary election last October – it has humiliatingly pulled out of the local elections completely.

Voters look set to pass a less harsh verdict on Poroshenko, with his eponymous party predicted to come first on Sunday but with a much smaller share of votes than a year ago, ahead of several challengers capitalising on the travails of People’s Front.

The Self-Reliance party of Lviv mayor Andriy Sadovyi promotes itself as a dynamic and innovative new force committed to crushing corruption and helping small- and medium-sized businesses.

The Opposition Bloc is dominated by figures associated with the old Yanukovich regime who, particularly in eastern and southern Ukraine, still wield great influence through their ties to local business and to Russia.

The other party eyeing second place in the local election is Fatherland, by far the oldest and best-established, which held together after last year’s election rout and is resurgent, along with its famous leader.

Tymoshenko was uncharacteristically low-key over the last year, having played major roles in Ukraine for 20 years, from being nicknamed the “Gas Princess” when she ran an energy firm in the 1990s, to co-leading the 2004 Orange Revolution, and being jailed in 2011 for abuse of power by a court loyal to Yankovich.

Many commentators believed her top-level career to be over, but as faith wanes in confectionery tycoon Poroshenko and her own protege Yatsenyuk, so her fiery, populist and patriotic rhetoric is again striking a chord with her compatriots.

Voting will not take place in rebel-held eastern regions or Crimea, and watchdogs warn major irregularities are likely.